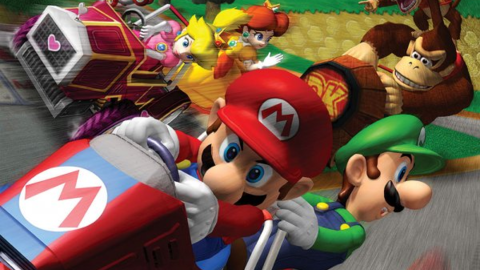 Despite the fact that it's still essentially the same game as Super Mario Kart, there is no denying the innate quality of the production of Double Dash.