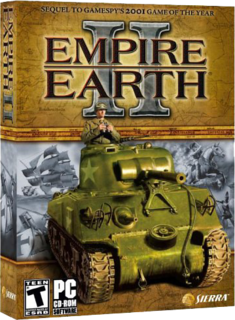 Shippin' Out June 26-30: Over G, Titan Quest, Pirates of the Caribbean

A town's buildings are destroyed by an invading army.

The God is crying because everybody is dead.

An army attacks an opponent's town.

Take a look at some all out war in this clip.

An enemy town is destroyed in this movie.

Don't miss out on this action-packed trailer for this strategy game.

Watch as some centurions meet a fate worse than death as they try to sneak into your base.

A Roman landing party has moderate success ravaging enemy territory before they are killed.

We get a firsthand look at the many new features and civilizations that are in this expansion for Empire Earth II.

Associate producer Matt Stokes fills us in on the new factions and gameplay we'll encounter in The Art of Supremacy expansion for Empire Earth II.

The struggle for global supremacy will get even tougher with the addition of four new factions to Empire Earth II.

Empire Earth II: The Art of Supremacy Q&A - How to Expand An Already Epic-Size Game

Dr. Ian Davis, the CEO of Mad Doc and the creative director of Empire Earth II, talks about the soon-to-be-released expansion pack. 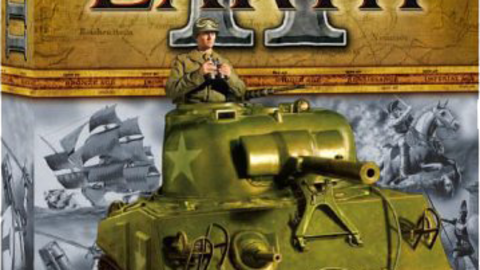 As with previous installments in the series, Empire Earth 2 challenges you to create, build, and lead a civilization to transcend the ages. Empire Earth 2, however, builds the series by adding new units, powers, leaders, and bonuses to all of the game's 14 civilizations.