"For us, it’s an annoyance," says Curve Studios marketing manager Rob Clarke on Xbox One policy.

The UK developer behind recently unveiled Wii U exclusive Stealth Inc. 2, Curve Studios, has called Microsoft's launch parity clause--which only lets indie developers release games on Xbox One if they haven't already launched for PS4, PC, or Wii U--an "annoyance" and a "shame".

"For us, it’s an annoyance," said Curve Studios marketing manager Rob Clarke in an interview with IGN. "It’s preventing us from bringing some of the older stuff through and doing what we want. There’s 40 of us, and we’re still saying we should be able to work around it, so you can imagine how hard it is for smaller developers in one and two man teams who are faced with having to release on PlayStation and Xbox simultaneously. "

Clarke adds that Curve Studios is hopeful about being on Xbox One at some stage. "We’ve been with ID@Xbox since launch," he adds. "We weren’t in the initial announcement only because it conflicted with something going on with Sony at the time. We’ve had the kits for a long time and we’ve been talking to them for a long time about Xbox One. Almost six months. Hopefully we’ll get there soon, but then that’s because we’re big enough to handle the launch parity thing."

Microsoft's launch parity clause has attracted its fair share of criticism from, well, pretty much everybody. "Hopefully Microsoft will drop it," says Clarke. "They’ve been told by a lot of the industry it’d be better if they did, but they haven’t yet. It’s a shame. The frustrating thing for a lot of developers is they have dropped it for a lot of people, but it’s not very clear why. Is it a case of size? Is it a case of how well you know people at the company? It’s not a great way to treat indies because they see it as being unbalanced. I went to a UKIE [trade association] talk about how to get your game on Microsoft systems, and a lot of the reaction seemed to be the demand was there among the developers, but it just isn’t clear."

Microsoft has said that the launch parity clause is considered on a case-by-case basis, but that it will continue in the future. "The winners in all of this are game players," said Microsoft exec Phil Harrison about both Microsoft and Sony's attempts to lure indie developers to their fancy new consoles. 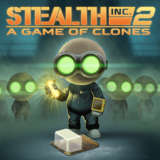 View Comments (217)
Xbox One
Stealth Inc 2: A Game of Clones
Wii U
PlayStation 4