Saints Row 2 is now playable on Xbox One.

Microsoft has once again expanded Xbox One's steadily growing library of backwards compatible titles. Only one new Xbox 360 game arrives on the current-gen console today, May 1, but it's a popular one: Saints Row 2.

Originally released on Xbox 360 (as well as PS3) back in 2008, Saints Row 2 is an irreverent open-world game in the vein of Grand Theft Auto. Like its predecessor, the title is set in the fictional city of Stilwater, several years after the events of the first Saints Row. Players create a character and must recruit people into their gang to take down three rival factions in over-the-top fashion.

Saints Row 2 was well received when it first released. GameSpot awarded it an 8/10 in our original Saints Row 2 review and called it "an unremorseful descent into mindless mayhem." Critic Tom McShea wrote, "Saints Row 2 may not offer a sizable leap in the sandbox genre, but that doesn't diminish its fun. From beginning to end, this is one of the most fun urban chaos games out there."

As always, if you own a physical copy of the game, you can simply pop its disc into your Xbox One and begin playing. Alternatively, if you own the title digitally, you'll find it waiting in the Ready to Download section of the My Games and Apps menu. You can also purchase a digital copy of Saints Row 2 from the Xbox Store for US $10 / £9 / AU $14.95. 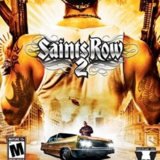