During a Nintendo Direct packed with big Switch news, the company also revealed that Toby Fox's Deltarune will be coming to the handheld and console hybrid. Chapter 1 of the Undertale follow-up will be available for free, while later chapters--which are "currently in development"--will not. In true Toby Fox fashion, the announcement was made with "a censored, spoiler-free trailer" featuring tons of Undertale's Annoying Dog, which was later confirmed to not be in Deltarune at such high quantities.

Undertale, which first released on PC in 2015, came to Switch in September 2018. Deltarune: Chapter 1 is getting its port much more quickly; it first released late last year on PC to a very excited Undertale fanbase. Toby Fox stated that the game is far from finished and that Chapter 1 is a demo for what's hopefully to come.

Deltarune: Chapter 1 will release on the Switch Eshop on February 28. We loved what we saw when we first played it on PC. Nintendo Switch players aren't the only ones who received some good news regarding Deltarune, as a tweet confirmed that a PS4 port is also in the works. Specific timing or confirmation of that version's Chapter 1 being free weren't shared.

In other Direct news, Nintendo has announced Super Mario Maker 2 for Switch and given far more details about Fire Emblem: Three Houses. 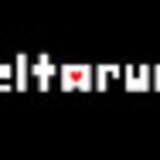