We got our first look at Ubisoft's Avatar game during the company's Ubisoft Forward presentation.

Ubisoft closed out its Ubisoft Forward E3 2021 presentation with a look at its Avatar game, Avatar: Frontiers of Pandora. Based on the James Cameron film franchise that still only consists of a single released movie after 11 years, the game is built on Ubisoft's Snowdrop engine and is slated to release sometime in 2022.

Frontiers of Pandora is a first-person action-adventure game developed in collaboration with Lightstorm Entertainment and Disney. Billed as a standalone story, the game puts you in the role of a Navi and sends you on a journey across the Western Frontier, a "never-before-seen" portion of the planet Pandora. The Snowdrop engine is also used for The Division games, so it has precedent in open-world design, though this still seems like a... far cry from some Massive's previous games.

Details about Frontiers of Pandora are scant beyond that, but Ubisoft says the game will feature "a living and reactive world inhabited by unique creatures and new characters." The goal of your adventure is to drive back the militaristic RDA forces, which are threatening the planet. You can check out the reveal trailer above.

Ubisoft says that Avatar: Frontiers of Pandora is developed "exclusively for the new generation of consoles and PC." The company had previously announced that the Avatar game is being handled by its Massive studio, which is also working on an open-world Star Wars game. Massive managing director David Polfeldt had said that the studio was big enough to work on both games simultaneously and that the team was hoping to break new ground with the projects.

"We are always looking to collaborate with fellow creators to bring players memorable experiences and immerse them in incredible worlds, as shown by the amazing collaborations we have with Lightstorm, Lucasfilm, and Disney. Together, we are focused on projects that push the boundaries of open-worlds and player immersion to the limit, and that direction suits the rich universes of Avatar and Star Wars extremely well," said Polfeldt.

Ubisoft showcased a few other titles during its Ubisoft Forward event, as well, including Rainbow Six Extraction and Assassin's Creed Valhalla's new Siege of Paris expansion. You can catch up on all the biggest news and reveals from Ubisoft Forward in our roundup. 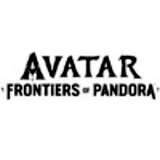