Nintendo's Indie World Direct showed a bunch of games, two of which you can pick up today.

Nintendo wrapped up its recent Indie World livestream in which the company showcased a bunch of new and recently-revealed games coming to the Switch. And two of them are launching later today.

Developed by Double Dash Studios as part of a 2015 game jam, the genre-blending shoot-em-up Sky Racket will also be available on the Switch later today. Sky Racket combines the casual fun of a block breaker with the chaos of a bullet-hell to make a quirky co-op shmup bursting with vibrant colors and a cheerful soundtrack. The game originally launched on Steam in October 2019 to a very positive rating.

These aren't the only two games from the stream that Switch owners have to look forward to this month. Nintendo also announced during its Indie World livestream that the card collectible game Faeria, which originally launched on Steam in March 2017 to a very positive rating, is slated to land on Switch sometime in March 2020. It'll come with four free cosmetic packs available to download when the game launches.

There are also a handful of other games arriving on the Switch this spring, including the adventure game Summer in Mara, action-adventure title Ghost of a Tale, and strategy card game Wingspan.

And of course, one of the biggest Nintendo Switch games coming down the pipeline, Animal Crossing: New Horizons, launches this Friday, March 20. We awarded the game an 8/10 in our AC: New Horizons review in progress, noting that while it is a slower experience when compared to other Animal Crossing entires, New Horizons is overflowing with content and random events that keep it lively and exhilarating. 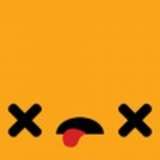