This Waluigi Nintendo Switch Controller Is Pretty Ugly, But Maybe That's By Design

If you have a soft spot for Waluigi, you can preorder the controller now ahead of its release next month.

PowerA is ridiculously prolific when it comes to officially licensed Nintendo Switch controllers. The controllers themselves are solid, and many of the designs are great--though, the newest one is certainly an exception. PowerA is releasing a Waluigi-themed Nintendo Switch controller on June 4, and it's a bit of an eye sore. But while Nintendo will probably never make Waluigi a playable character in Super Smash Bros. Ultimate, you will soon be able to play Smash while gripping a controller with his face on it. 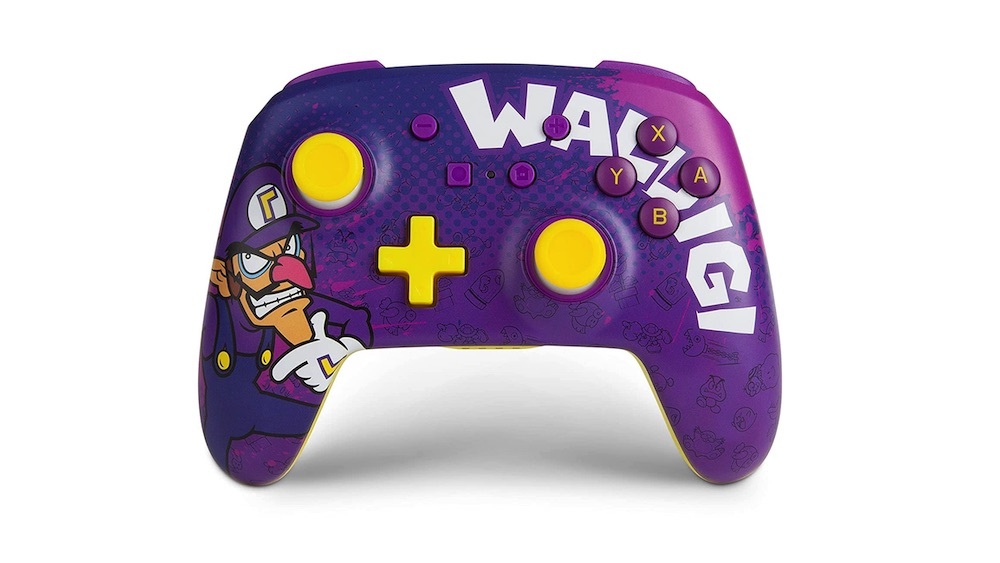 The Waluigi-themed PowerA Enhanced Wireless Controller has a purple and yellow color scheme. The colors aren't necessarily bad, but the designs thrown on top of them are weird. Waluigi, with his simultaneously mischievous and confused face, takes over the left handle. Just in case you didn't know that's Waluigi, his name is written in giant block letters and wraps around the right side of the controller. Tiny images of baddies like Goombas and Koopas are imprinted in the background, though many of them are obscured by a strange pattern in the middle of the controller. The plain yellow back panel is quite clean, though.

To be fair, part of the charm of Waluigi is that he is a bizarre character that Nintendo doesn't seem to care about very much. Unlike Wario (Mario's counterpart), Waluigi has never been a leading man in a Nintendo game. He's been relegated to ensemble cast games like Mario Kart and Mario sports games. This controller design does match Waluigi's personality of being brash and rather unruly. Perhaps this is actually the design Waluigi deserves and his many admirers desire.

Jokes aside, PowerA's wireless controllers are solid alternatives to the pricier Nintendo Switch Pro controller. They have a pair of back buttons that can be remapped to any input, motion controls, and an ergonomic design that resembles the Pro controller. The Waluigi controller is also one of the few PowerA Switch controllers that has a rechargeable battery. It charges via an included USB-C cord and can run for up to 30 hours between charges. The only downside with these budget-minded wireless controllers is that they don't have rumble or NFC support for Amiibo.