This Is Vegas 'totally canned'?

WBIE's Sin City tribute said to have been shut down following closure of Surreal Software in June; $50 million spent for naught.

What we heard: In January, Warner Bros. Interactive Entertainment trimmed staff at Surreal Software. The move appeared to signal the end for This Is Vegas, a property that was acquired by the media company when it purchased the remnants of Midway in July 2009. However, by May 2010, that initial presumption of doom and gloom for the game was again reversed, when WBIE registered a variety of Web domains, including one for This Is Vegas.

Now, it appears as if This Is Vegas has gone bust. Citing a source close to the project, CVG reports today that WBIE closed down Surreal Software in June, canceling This Is Vegas in the process. "Apparently, the entire This Is Vegas project has been totally canned," CVG's source claimed.

The game's cancellation is all the more shocking, claimed the source, considering the amount of money Midway and WBIE spent on it.

"Midway spent in the region of $43 million up to the point when it was being sold to WB," the source reported. "Alan Patmore, who was [Surreal] studio boss, either left or was let go--but considering the resources and art created this is a lot of work down the drain. It was moving along to a point where the title was on the schedule for release late last year--but still needed another eight months to a year to finish with a studio burn rate of $250,000 per month."

First announced for the Xbox 360, PlayStation 3, and PC in 2008, This Is Vegas was initially penciled in for later that year. The game was billed as a tongue-in-cheek approach to the notorious Nevada city, depicting its many vices through open-world gameplay. In addition to the expected casino action, the game also let players indulge in some spirited partying, which could segue naturally into another of the game's focal points, brawling.

The official story: WBIE had not responded to requests for comment as of press time.

Bogus or not bogus?: Too close to call. On the one hand, the amount of money that has reportedly been poured into This Is Vegas typically isn't a figure most would simply walk away from. However, it is possible that WBIE simply saw no future for the project--even if it made positive impressions when it was last shown in 2008. 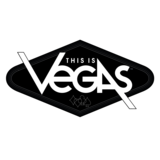