Sixty employees at publisher's offices laid off, but 100-plus Mortal Kombat dev team rehired by Warner Bros.; $69 million to $76 million in assets and development costs written off.

Last Friday, the majority of Midway Games' assets were bought by Warner Bros., parent company of rising publisher Warner Bros. Interactive Entertainment. As a result, employees at Midway's San Diego studio were informed that the facility would be shut down by August 31 unless a buyer could be found. Then, earlier this week, the publisher's Newcastle, UK, studio, developer of the stillborn Necessary Force, shut its doors--eliminating 25 percent of the publisher's payroll. 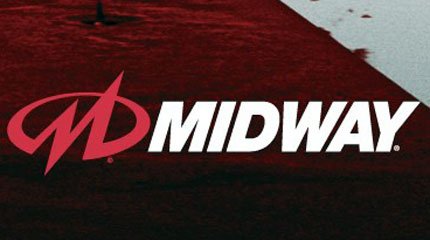 Today, as rumored, Midway announced that all 60 workers at its Chicago headquarters would be let go by September 13. The layoffs will not affect any members of Midway's Chicago development studio, which is in a different building. According to a Midway rep, that operation was bought outright--facilities included--by Warner Bros., which has retained all 100-odd staffers at the Mortal Kombat-focused shop. That figure includes Ed Boon, who, according to a recent Twitter post, is hard at work on a back-to-ultraviolent-basics Mortal Kombat 9.

A form filed with the Securities and Exchange Commission outlined the scope of the Chicago HQ layoffs, which account for about 20 percent of the remaining global workforce of Midway, which still exists as a company. The form also revealed that, as a result of last week's sale, said company will be writing off $69 million to $76 million in debt: $25 million to $30 million of development costs and $3 million to $5 million of fixed assets--aka items like buildings, which can't be easily liquidated. Midway is also writing down $41 million of impaired goodwill, or the value of assets Midway held that were reduced or eliminated as a result of the Warner Bros. buyout.

The good news for Midway--and its creditors--is that the final amount paid to that company was higher than the $33 million figure announced in May. The SEC revealed that the aggregate gross purchase price was actually $49 million, with the increase due to "considerations such as inventory and accounts receivable," according to the rep.

For its $49 million, Warner Bros. now owns virtually all of Midway's IP, including Mortal Kombat, Wheelman, Gauntlet, Joust, Spy Hunter, and Area 51, among others. Midway's Seattle development studio, which is still working on This Is Vegas, was also acquired. Whether the Sin City bender simulator is ever published "is now Warner Bros.' decision," said the spokesperson.