In November 2007, media startup The Halcyon Company announced the formation of a games division focused on film adaptations. Right out of the gate, the company scored two of the most coveted game licenses of sci-fi cinema: Blade Runner, Ridley Scott's 1982 future-noir thriller, and Terminator, the series inspired by James Cameron's seminal 1984 actioner. Specifically, the latter rights were for Terminator: Salvation, the fourth installment in the franchise that also inspired the ongoing television show Terminator: The Sarah Connor Chronicles. 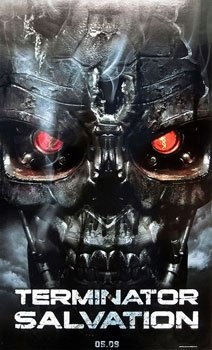 For the intervening year, little was heard about the Terminator Salvation game other that it was set to launch on "all platforms" alongside the film in 2009. Today, the project resurfaced with the announcement Halcyon is partnering with four other companies to work on the project. Warner Bros. Interactive Entertainment (WBIE), the game arm of Terminator film studio Warner Bros., will distribute the game, with unknowns Swiss-based Equity Games and UK-based Evolve games copublishing.

The fifth firm involved with Terminator Salvation is Stockholm, Sweden-based developer GRIN. Founded in 1997, the shop is best known for handling the well-reviewed PC ports of Ubisoft's Ghost Recon Advanced Warfighter and Ghost Recon Advanced Warfighter 2. It also developed Bionic Commando Rearmed and the forthcoming game adaptation of the film Wanted for the PC, Xbox 360, and PlayStation 3.

Though it now has no specific release date, the Terminator Salvation game is described as an "intense" third-person actioner that "complements the upcoming film." Said film is set for release next summer, and will be directed by Joseph "McG" Nichol (Charlie's Angels), and stars Christian Bale (The Dark Knight), rapper Common (American Gangster), Bryce Dallas Howard (Spider-Man 3), and Sam Worthington (Cameron's forthcoming Avatar). Set in the postapocalyptic ruins of 2018, it follows a group of humans righting the robot armies of Skynet, the artificial intelligence that launched a nuclear holocaust to wipe out humanity.