A special anniversary edition of the Game & Watch released today, and quantities are limited.

Nintendo's fall 2020 Switch lineup may be a little lighter than previous years', but the company is also releasing a new handheld--sort of. Nintendo's latest faux-retro machine is targeting a slightly different audience than the NES and SNES classic consoles but is still likely going to be a hot item this holiday season. The new Super Mario Bros. edition of the Game & Watch handheld released today, November 13, for $50. And like most of Nintendo's non-standard physical products, it won't be around long. The company has confirmed the Game & Watch: Super Mario Bros. Edition will only be available until March 31, 2021 (or while supplies last), so you'll probably have to scoop one up pretty quickly. And some retailers are selling out fast--but as of our last update, it's available to buy at Walmart.

This slick new edition of the Game & Watch is loaded with Super Mario Bros., Super Mario Bros.: The Lost Levels, and the classic Game & Watch game Ball (a juggling game). Ball has been modified to feature Mario himself, though it retains the black-and-white look of the original. It also has a Super Mario-themed digital clock and working alarm. 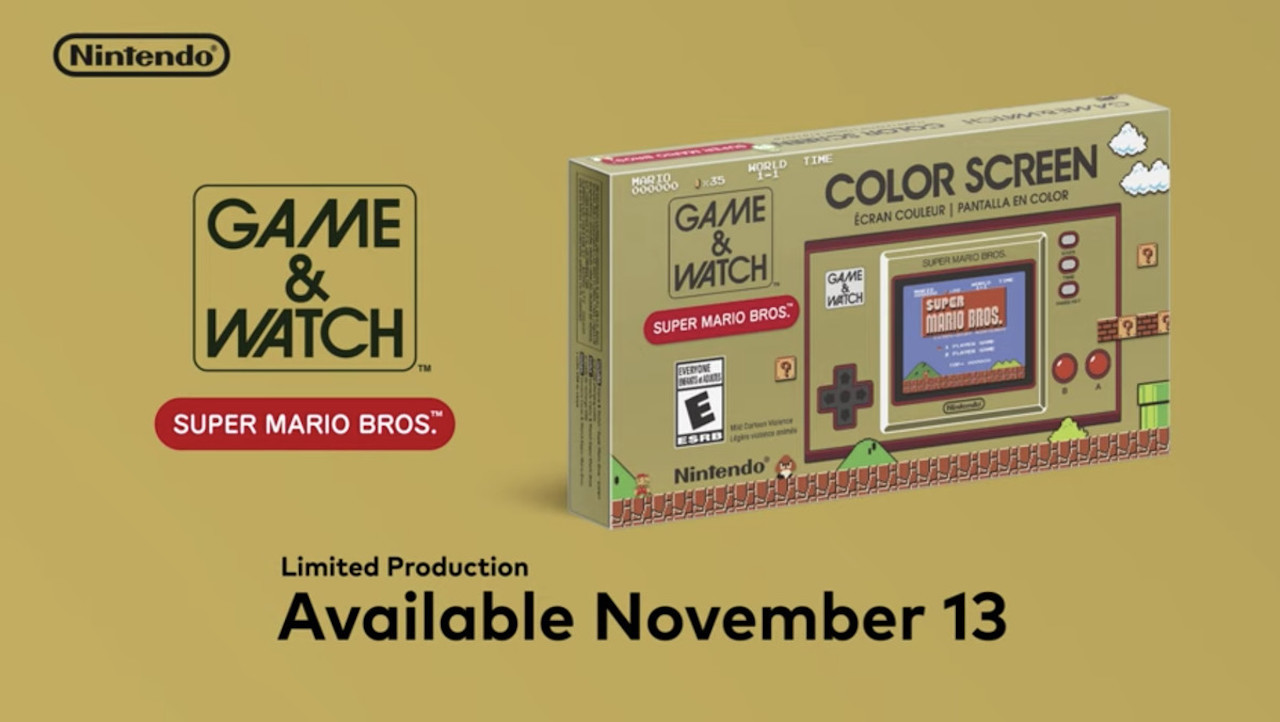 See at Walmart
See at Amazon
See at Best Buy

The Game & Watch charges via an included USB-C cable and runs for roughly eight hours between full charges. While it retains the general shape of other Game & Watch handhelds, the button layout is a tad different, with the A and B buttons on one side to support Super Mario Bros. controls. It should feel familiar to anyone who has played the game on NES.

The new Game & Watch was revealed alongside a bunch of other Mario games and products in celebration of the mascot's 35th anniversary, including Super Mario 3D All-Stars, Super Mario 3D World + Bowser's Fury, and Mario Kart Live: Home Circuit.