A ring and Sonic can be seen briefly at the end of the latest trailer for Super Monkey Ball: Banana Mania.

It looks like Sonic the Hedgehog will be making his return to the Super Monkey Ball franchise in Super Monkey Ball: Banana Mania. In the latest trailer for the remaster, Sega reintroduced all of the characters in the game, showing off AiAi, GonGon, MeeMee, Baby, Doctor, and YanYan, along with a brief teaser for the iconic blue blur.

The game is published by Sega and Sonic was included in Super Monkey Ball: Banana Blitz HD, so it's pretty safe to assume he will be a playable character in the game. It was reported back in June that key art for Sonic and Tails was hidden within the game's official website, with images showing what appeared to be models for both characters. While Tails does not appear in this new trailer, it wouldn't be shocking if he was included alongside Sonic.

Super Monkey Ball: Banana Mania launches on October 5 for Nintendo Switch, Xbox One, Xbox Series X|S, PS4, PS5, and PC. The game will include over 300 stages as well as some fan-favorite mini-games. 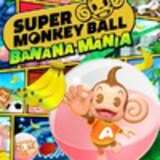