Remember Me: Building a Terrifying Future in a Familiar Landscape

How Dontnod Entertainment embraced the title of 'that French developer' by turning its home city of Paris into an unsettling sci-fi dystopia. 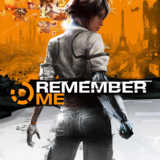 Jean-Maxime Moris never intended to make a game about the city he calls home. As creative director of Remember Me, he considered basing his game everywhere from Sydney to San Francisco to Tokyo. Eventually, Moris and his team at Dontnod Entertainment settled on Paris. In the process, Remember Me became one of the true rarities in video games: a story set not in an exotic alien world or a mythic fantasy landscape, but in the creators' own backyard.

Early in the development of Remember Me, landlocked Paris just didn't make sense. Back then, the game's working title was Adrift--a reference to its story based on global warming and the world's rising sea levels. It was to be a game set in a coastal city, with water playing a critical role in how players traversed its flooded landscape.

"The main character would have to navigate with a wakeboard, grappling from one Jet Ski to another," says Moris, with the self-aware chuckle of a man who has just realized how silly this probably sounds in retrospect. "It's a long ways from what we have now, but that was the idea we had in the first weeks and months of conception."

While researching potential settings, Dontnod went so far as to send one of its art directors to Seattle to take reference photos. But as development on Adrift progressed, the criteria for the setting began to change. "The ground was shifting beneath our feet," says Moris. "We were starting to focus on the theme of memories, which quickly became much more interesting to us than global warming."

Early in the development of Remember Me, landlocked Paris just didn't make sense.

With the move from global warming to memories--and a title change to go along with it--Dontnod traded one unsettling future for another. In the second iteration of the game, memories have become a commodity. New technology has allowed people to tap into the human mind and turn thoughts and recollections into commercial goods. Memories are bought and sold, the source of income for massive corporations and addiction for those who can't resist the allure of secondhand nostalgia.

The idea of a coastal setting was no longer paramount, but the need for a standout location remained. As with global warming, it's hard to sell a video game rooted in a high-concept story about the commodification of the human mind. Dontnod needed a city that would grab people's attention. Someplace recognizable. Someplace iconic.

Suddenly, one option began to make a whole lot of sense. It was the same option Dontnod could study from the windows of its own office: Paris. 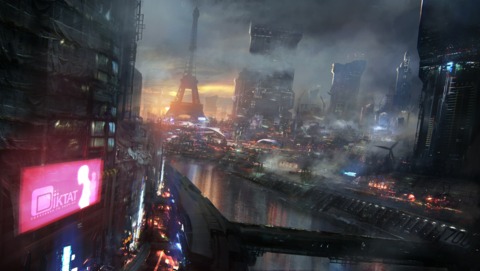 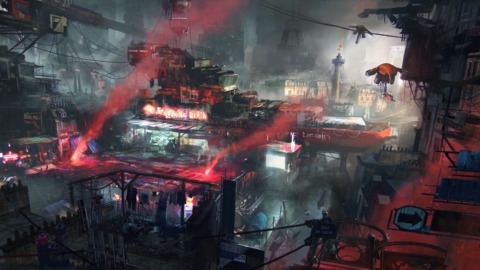 The City of Lights was certainly grand enough, and being able to make research trips by hopping on the Metro rather than flying halfway across the world was a convenience too large to ignore. But Moris was reluctant. He didn't want to earn a reputation before his studio's first game even shipped.

"Early on, we weren't willing to go with Paris," says Moris. "We didn't want to be labeled as 'that French studio' doing 'that French game' about memories and social networks in Paris." It certainly didn't help that Remember Me's story about the makeup of the human mind treaded dangerously close to the heady and abstract subject matter one might associate--however stereotypically--with traditional French cinema.

But that reluctance eventually wore off. Moris and his team considered their options, and Paris just felt too right. "At some point we said, you know what? It is a good choice," recalls Moris. "Paris has rarely been done in games. It's iconic. It's one of the most visited cities in the world."

With the game's location finally decided, a small strike force got to work accumulating a mountain of reference material. Their job was to look toward the future and extrapolate contemporary trends in everything from architecture to fashion.

"The art and writing teams worked alongside a team of universe creators who were hired to do research," says Moris. "They spent the first six or seven months coming up with this 1,000-page bible of what the world might become 100 or 150 years from now. All the designers and the artists had to do was decide what they wanted to dive deeper into. There was so much data that we could only do two or three percent of it in the game. But that was a great starting point. We knew we were standing on solid ground."

In deciding which year the game would take place, Dontnod looked to George Orwell.

The team became fascinated by two parallel futures: the one depicted in the dystopian classic 1984 and a theoretical future dominated by the powerful social networks that have emerged within this past decade. In Orwell's story, people live under the suffocating weight of a bureaucratic regime that keeps tabs on its citizens' every move. In Remember Me's future, society has cut out the middleman entirely. People's compulsion to share every last detail of their lives through technology and social media is a different means to the same end.

"2084 is the next step after 1984," says Moris. "It's about going from a vertical representation of society where you have government at the top, people at the bottom, and in between is this huge monolith of bureaucracy. Now we're uploading everything people could want to know about us of our own will."

That said, Moris is keen to stress that the future Dontnod has imagined is less of a bold proclamation and more of a thought experiment. "We're potentially--and that's a very important word--giving up huge parts of our freedom and private life without stopping to wonder what's at stake," claims Moris. "The game isn't saying burn your smartphone, burn Facebook. That's not what we're saying. But I think it's worth asking questions." 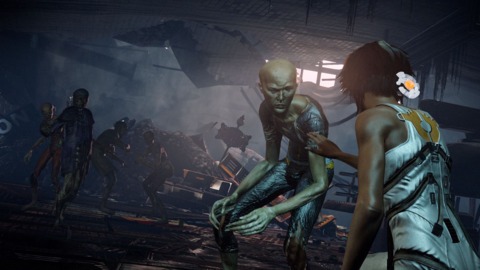 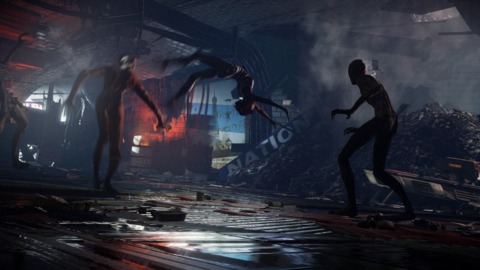 This is not the Paris you've seen in postcards. It's both familiar and foreign. As you make your way through the game, you experience a patchwork landscape of cafe-lined boulevards and ramshackle slums. A boulangerie in the Saint-Michel district sells baguettes and pain au chocolat as surveillance drones buzz eerily overhead. Before you ever get to see the Eiffel Tower you must first survive a trek though Deep Paris, the wretched underbelly of the city filled with people so eager to get their fix of memories they've become completely disconnected from reality.

It's all part of Dontnod's effort to use Paris as a lure, drawing you in before revealing a very different city from the one you expect to see. "We wanted to give the player an entry point grounded in reality," says co-art director Michel Koch. "It's important--if you want to create a believable sci-fi world and not a fantasy world--to have realistic elements so that the player can feel like he knows this world, that he can live in this world."

"When you have those grounded elements, you can build the over-the-top buildings, the flying drones in the streets, the robots sweeping the floor. It creates a great contrast between this reality and our projection of the near future."

Nowhere is that contrast more apparent than in the city skyline. Iconic landmarks and classic Parisian architecture are dwarfed by sleek skyscrapers outfitted in glass and neon signage. Being able to create that juxtaposition was another reason Dontnod found itself drawn to Paris as a setting for the game.

It's important to have realistic elements so that the player can feel like he knows this world.

"Paris has a very low skyline," says Moris. "You have the Eiffel Tower, Montmartre hill, Montparnasse Tower--and that's about it. Everything else is flat. We have very stringent regulations on how tall buildings can be. And that's perfect, because in the same way we were extrapolating social networks into the future, the city itself had to be an extrapolation of today. The fact that the foundation was so low really allowed us to build these high, bigger-than-life structures."

This is the world that Remember Me's main character, a former memory hunter named Nilin, finds herself in. Nilin has the power to hack into people's minds and steal their thoughts. But at the game's outset, Nilin finds herself with no memories of her own: her mind has been completely wiped. She has to explore this unfamiliar world in order to fill in the gaps.

In that regard, Nilin's journey is a lot like the player's. The vision of Paris that Dontnod has created may look familiar on the surface, but tread deeper into it, and a foreign and unsettling world emerges. You almost want to tweet about it.