Allison Road, the new horror game that frequently draws comparisons to PT, will not be funded through Kickstarter after all, and is instead set to be published in a more traditional manner.

The crowdfunding campaign was canceled today by Lilith, the game's developer, coinciding with news that the game will be published by Worms developer Team17.

"We have decided to withdraw the Kickstarter campaign to allow us to commit 100 percent to an opportunity that will give us the chance as a team to create the best game possible," a Kickstarter update reads. "As a newly founded studio, we've been completely overwhelmed by your encouragement and huge interest in Allison Road and we'd love to thank each and every one of you for all of the amazing support you have given us during our Kickstarter campaign and beyond. Really incredibly appreciated."

"Working with Team17 will give us the chance to make our game unhindered creatively, but at the same time will give us the resources, support, and experience that only a 25-year-old studio can give," the post explains.

Allison Road's developer goes on to say it will "look at ways outside of Kickstarter that will allow [fans] to be involved in the game at a later date." The Kickstarter campaign had promised to keep fans apprised of how development was proceeding.

It sounds as if that may not be the case, at least for the time being, as the update states, "We will be going very quiet for a while as we focus on making Allison Road the best horror experience it possibly can be."

The original plan was for Allison Road to be released on PC before the end of 2016, followed by Mac, Linux, and console ports after that. It's unclear if that schedule remains in place. 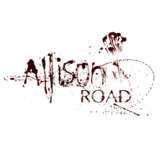