The Crimson Court and The Shieldbreaker DLC packs will also be available to purchase.

The critically acclaimed gothic horror RPG Darkest Dungeon is coming to Nintendo Switch. Developer Red Hook Studios announced it will bring the title to Nintendo's hybrid console in a post on its website, and it'll be available to download very soon.

Switch owners will be able to purchase Darkest Dungeon from the Eshop beginning next week, on January 18. The game will cost $25. Additionally, its two DLC packs, The Crimson Court and The Shieldbreaker, will be available to purchase alongside the main game on launch day. The former DLC runs for $10, while the latter costs $4.

Darkest Dungeon is a grim roguelike that originally released for PC, PlayStation 4, and Vita in 2016. Critic Daniel Starkey called the game a "richly satisfying and wonderfully executed masterpiece" and awarded it a 9/10 in GameSpot's Darkest Dungeon review.

The Crimson Court is the first major expansion for the Darkest Dungeon. It previously released for existing versions and introduced a new parallel story campaign, new bosses, and more. The Shieldbreaker pack, meanwhile, added the eponymous hero class and other new content. Another expansion called The Color of Madness will also be released for all versions. Red Hook says it will share more details about that DLC "in the coming months." 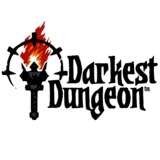