November has been a big month for the Xbox One's backwards compatibility program.

Two more Xbox 360 games are now playable on Xbox One via backwards compatibility.

If you already own Omega Five or Military Madness, it will show up automatically in your Xbox One game library. If not, you can buy them on Xbox One or through the links below.

November has been a big month for additions to the catalog, as titles added this month have included Mass Effect 2, Mass Effect 3, Skate 3, and Blue Dragon. There are now more than 280 Xbox 360 games that are playable on Xbox One; you can see all of them here. 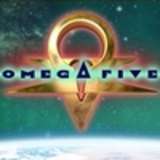