Set for release this Wednesday, four-player Aegis Wing was developed by a trio of interns.

While it was originally spotted on the Entertainment Software Rating Board earlier this year, Microsoft kept mum on its Xbox Live Arcade game Aegis Wing until today, when it dropped a couple of smart bombs about the side-scrolling shooter.

First of all, Microsoft said the game would be free to download for all Live Silver and Gold users for a limited time. Second, it's going to be released this Wednesday at 2 a.m. Pacific time. Finally, the game is the product of a trio of students, conceived during a summer internship with Microsoft's Xbox Live Arcade division and developed in conjunction with Carbonated Games (makers of Uno for Live Arcade).

Aegis Wing is a cooperative shooter where four players can take on an alien menace in experimental starships online or offline. During battle, players can join their ships together, letting one handle the piloting while the others fire away with superweapons accessible by attaching ships.

Aegis Wing is rated E for Everyone. Check back soon for more coverage of Microsoft's side-scroller. 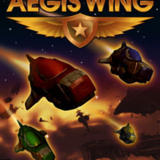 There are 267 comments about this story
Load Comments (267)