In early 2006, several months after it launched the Xbox 360, Microsoft ceased manufacturing the original Xbox. Today, the company pulled the plug on its first console entirely. The company has officially ended out-of-warranty support for the original Xbox, some eight and a half years after Bill Gates handed out the first device. 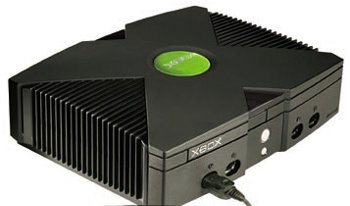 "On March 2, 2009, service repairs for Original Xbox video game systems for which the Warranty has expired will no longer be available," reads Microsoft's official support site. "Any other technical support, documents, and content, however, will continue to be available to all our customers. Although Microsoft is ending repair services for the Original Xbox, an upgrade program and support will be maintained for Original Xbox consoles that are still under Warranty."

To help offset the end of out-of-warranty support, Microsoft also said that, as of today, a trove of documentation, ranging from troubleshooting to configuration documents, would be available through its Web site. The console maker also noted that original Xbox owners who require a repair that is covered by a warranty can request an upgrade to Microsoft's current-generation console, the Xbox 360.

[UPDATE] Responding to GameSpot's requests for comment, a Microsoft representative provided more color on the new in-warranty upgrade policy announced yesterday. "Xbox consoles that are still in-warranty and require a repair will be upgraded to a Factory Certified Repaired Xbox 360 Pro SKU," the representative said. "There is no fee associated with the upgrade."

During its four-and-a-half-year run, Microsoft sold approximately 25 million units of its first foray into gaming consoles, a figure that was surpassed by the Xbox 360 in November.