Perhaps of more significance to gamers, the two companies revealed that the as-yet untitled Marvel game will be developed exclusively on the Xbox 360, not on the PC like the vast majority of MMORPGs. That means any MMORPG to feature the hundreds of classic characters, such as the X-Men, the Fantastic Four, Spider-Man, and Iron Man will only appear on Microsoft's next-generation console.

Marvel's entry into the MMORPG market comes as little surprise. Speculation sparked up last November when the company sued NCsoft, claiming the publisher's highly successful City of Heroes MMORPG allowed players to create characters so close to Marvel properties that they constituted copyright infringement. While the suit is ongoing, NCsoft scored a partial victory in March, when a judge threw out many of Marvel's complaints.

Regardless of the lawsuit's outcome, NCsoft won't be the only competition for Microsoft and Marvel's MMORPG project. Last month, Sony Online Entertainment picked up the rights to make a DC Comics-inspired MMORPG in a deal that also saw the company acquiring The Matrix Online.

Microsoft and Marvel mentioned neither the number of titles covered by the agreement, nor when the first game will be released. However, the announcement does mark the fourth Xbox 360 MMORPG to be announced since the console was unveiled two months ago, following APB, Huxley, and Final Fantasy XI (which is already available for the PC and PlayStation 2). By comparison, the only high-profile MMORPG for the current-generation Xbox was the now-canceled True Fantasy Live Online, although there are rumors the game will be resurrected for the 360. 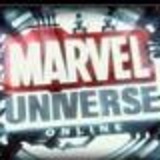