Besieged publisher's revenues down sharply, but it winds up in the positive, thanks in part to sale of Teen Titans.

After a rough year, Majesco Entertainment may be on the road to recovery. After a brutal 2005 that saw commercial stagnation from high-profile releases such as Psychonauts and Advent Rising, the publisher abandoned the world of premium game development and changed its focus to budget and portable games. The company has now released financial results for its second quarter, ended April 30, and it has shown a profit under this new approach for the first time.

For the quarter, the company reported revenues of $11.6 million and net profits of $839,000. At the same time last year, the company boasted higher revenues of $19.9 million--and eked out $189,000 in profit. Those figures include gains from the sale of the Teen Titans console game Majesco had been set to publish to THQ. The publisher previously sold off another pair of high-profile games with comic book origins, Ghost Rider and The Darkness, to Take-Two Interactive.

While selling its games to other publishers has padded Majesco's revenues of late, the company still sells games to consumers, as well. The company touted the success of Nintendo DS games Age of Empires and Guilty Gear Dust Strikers as helping to establish its foothold in the portable market. It also said that the recently released and critically disdained Jaws Unleashed has seen "traction" in the market.

Despite the profit, the quarterly results don't appear to have inspired much investor confidence. As of press time, Majesco stock was trading down $.06 (nearly four percent) from its closing price yesterday before the results were released. 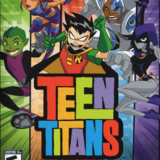