Troubled publisher gets $8 million for all rights to upcoming comic-based game projects.

It's been a rough year for Majesco Entertainment. The publisher's stock peaked in January at $16.40 before hitting setback after setback. As of press time, the company's stock was trading for $1.35. To top it off, today Majesco announced that it has sold off the rights to two of its most anticipated releases, The Darkness and Ghost Rider, to an unnamed publisher for $8 million.

Developed by Starbreeze Studios, the team behind last year's surprise hit, The Chronicles of Riddick, Escape From Butcher Bay, The Darkness is based on the Top Cow comic of the same name. The comic follows Jackie Estacado, a mob assassin who, while on a job, acquires a host of black magic powers, known collectively as "The Darkness." The game was scheduled for release in 2006 on the Xbox 360 and PlayStation 3.

While it also has comic book roots, Ghost Rider is primarily based on the Nicolas Cage movie of the same name, due in theaters from Sony Pictures in summer 2006. Directed by Mark Steven Johnson (Daredevil, Simon Birch) and based on the Marvel comic, the horror-action movie will star Nicolas Cage as Johnny Blaze, a motorcycle-mad stuntman who becomes possessed by an avenging demon. The game is under development for Xbox, PlayStation 2, and PSP at British studio Climax.

While the loss of two high-profile properties from its catalog is a blow to Majesco, the company says the move has trimmed its financial obligations, and the money yielded by the sale gives it "flexibility with which to pursue additional opportunities and execute initiatives related to its core business."

More details are expected to be revealed in the company's January 2006 conference call, when it reports results for its fiscal year 2005, which ended October 31. 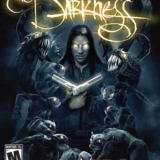