Is Star Wars: Galactic Starcruiser Worth The Cost?

When it was first announced that Walt Disney World would be opening an immersive Star Wars hotel, it seemed like a dream come true. The chance to spend three days living out your own Star Wars story while on a "cruise" through space sounded amazing. Later, though, we learned exactly how much that "cruise" would cost and it was quite a bit. Could Star Wars: Galactic Stasrcruiser possibly be worth the thousands of dollars, though? After partaking in the full experience as part of a press preview, we actually know the answer–and it's a bit of a complicated one.

First, let's talk about how much a stay aboard the Halcyon ship at the center of Galactic Starcruiser costs. Much like an actual cruise, that depends on the number of people in your party. All told, this is a three-day/two-night experience. The price breakdown is as follows:

There are higher for bigger parties, and even suites available on the Halcyon, however, these are the publicly available prices. The top package would be four-eight guests staying in the Grand Captain Suite.

What does that include?

Much like an actual cruise, the Galactic Starcruiser is a (mostly) all-inclusive experience. The price includes not only your cabin, but all of your meals, a ticket to Disney Hollywood Studios for an "excursion" to Star Wars: Galaxy's Edge, and plenty of on-board entertainment–both the immersive story elements and activities, as well as a musical performance during the first night's dinner.

And this won't be standard theme park food. Much like on a cruise, the food is top of the line. The major difference is, it all has a Star Wars twist. For breakfast and lunch, it's all served buffet-style, while there is a formal dinner on both nights with multiple courses all inspired by story elements and locations from throughout the Star Wars universe.

What's not included are things like alcoholic beverages, specialty non-alcoholic drinks, and merchandise.

How does the price compare to actual cruises?

This is where things get interesting. Even the lowest-priced Galactic Starcruiser voyage costs more than a Disney cruise of the Bahamas. For example, where a two-person, two-night stay on the Halcyon in a standard cabin costs $4809, a four-night cruise aboard the Disney Wish in a deluxe ocean view stateroom for the same amount of people cost $3126. That's over $1500 less for a cruise that's twice as long.

Is it worth the price?

That's the question at hand and the answer is going to change depending on who is asking. While a two-person party on Galactic Starcruiser works out to over $2000 each for a two-night stay, gathering together a bunch of friends to cram into a standard cabin is quite a bit more reasonable.

The standard cabins sleep up to five people. There is a queen bed, two bunk beds, and a pull-out bed in the wall. It would be very cramped, but if you and your friends (or family) are invested in living out your own Star Wars story, chances are you won't be spending a bunch of time hanging out in your room.

And that's where the determining factor for the price comes into play. As noted in our look at the full experience, there are parts of Galactic Starcruiser that work really well, while others do not. What does work is the immersive storytelling and it's an experience unlike anything Disney has done before in its parks or aboard its cruises.

You get to choose the type of role you play and immerse yourself in it as much or as little as you choose. The branching storytelling includes a staff of performers acting out characters throughout the day and night, the actual staff of the hotel attending to your needs, areas of the ship that could double as movie sets in the next Star Wars film, and integration with the Star Wars: Galaxy's Edge land inside Hollywood Studios--largely through interaction via the Play Disney Parks app.

The most likely reason Galactic Starcruiser costs so much is that it's a first-of-its-kind experience. While Disney has dabbled in immersion with Galaxy's Edge, Pandora: The World of Avatar, and Avengers Campus, this is a much higher level. And while there are issues with the final product--from the staging of certain major events to the length of certain activities--what has been achieved here is impressive. And chances are it's just the beginning. Honestly, you know there has to be some kind of Marvel project in the works that allows you to be an Avenger-in-training or something.

But even though this is a unique experience, it's not going to be for everyone. One of the most important things to note is that this is not a relaxing vacation. When you leave, you're going to be tired from being so engaged for three straight days. So if you're hoping to rest during your stay, maybe you should just book a hotel somewhere.

Star Wars Galactic Starcruiser: What Works And What Doesn't In The Immersive Hotel 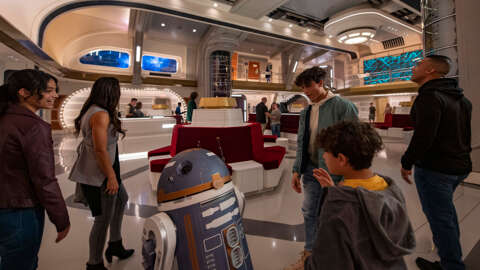 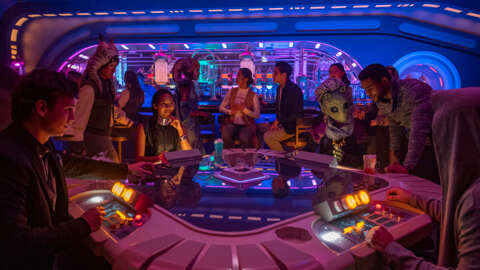 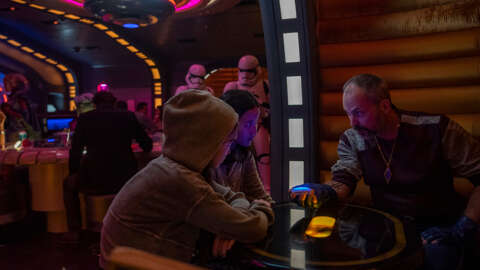 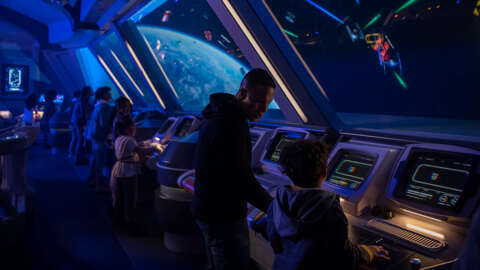 Also, you have to think about the ages in your party. If you're visiting as a family, it's possible your children might be too young to fully embrace what is happening. During our voyage, lightsaber training simply didn't interest certain younger guests who looked to be around seven or eight years old. Pretty early in the activity, three of them walked to the back of the room to play games on smartphones or take a nap. Other kids looked thoroughly engaged. So when considering whether the cost is worth it, take the guests you're bringing with you into account.

And, ultimately, that's the biggest determining factor. If you and your close friends truly love Star Wars and want to live it out for a few days–and you happen to have the expendable income–Galactic Starcruiser is going to be a fun experience. It won't be perfect, but it will be exciting. After all, you're essentially locking yourself in an elaborate Star Wars-themed escape room for three days. If that sounds appealing to you and you can afford it, chances are you're going to have a good time.