Every good physicist knows that objects in motion retain their heading unless acted upon by some external force. So it's not without some tinge of irony that Koei's Fatal Inertia has has taken a particularly convoluted path to release. Initially revealed during 2005's Tokyo Game Show, Fatal Inertia was quickly positioned as the first definitive launch title for the PlayStation 3's spring 2006 launch in September 2005.

First delayed alongside the PS3, Fatal Inertia was again bumped to a broader 2006 release window when the game was left off the PlayStation 3's Japanese launch lineup. Changing course once more, Koei revealed in November 2006 that the game would be joined by an Xbox 360 version.

In January 2007, forces again conspired against Fatal Inertia, and the PS3 version was bumped to April in the US, promptly followed by the Xbox 360 version, so that the publisher could "release them all at the same time." Then this March, both versions were again delayed to a Q3 2007 release.

Today, the publisher sends word its futuristic combat racer finally has a firm North American release date of September 11. However, said date only applies for the 360 version of the game. Conspicuously absent from today's announcement was a release date for the PS3 edition of the game, which was once thought of as exclusive to Sony's console.

[UPDATE] Speaking with GameSpot, a rep for Koei explained that the PS3 version of Fatal Inertia is on hold due to game-engine problems. "It's purely a middleware issue," the rep said, underlining the publisher's commitment to the PS3 platform. "We've always supported Sony and will continue to do so."

Developed by Koei's Canada studio, Fatal Inertia features single- and multiplayer racing over eight racing series and six racing environments, as well as vehicle-customization options. It is rated E10+ for Everyone 10 and Older and will retail for $59.99. 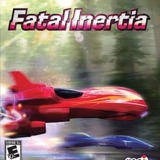