Bandai Namco made a number of big announcements for SoulCalibur VI during EVO 2019. Producer Motohiro Okubo appeared on the stage to first announce that Cassandra will be joining the fray as a DLC character. The much-loved Athenian warrior will be available from August 5 and looks to have the same quick but deadly fighting style, utilizing her sword and shield combination to overwhelm her opponents.

On top of that, Bandai Namco also revealed Season 2 of Soul Calibur VI, which includes a new gameplay system. While it didn't go into detail on what exactly the new mechanic will entail, it looked to be a new counter of some sort. Okubo said that more details on Season 2 will be revealed in the future.

Season 2 of SoulCalibur VI also means a new pass to purchase and, by doing so, players will get access to four new characters. One of these characters is Haohmaru of Samurai Shodown and Samurai Spirits fame. The swordsman can currently be seen and played in the latest Samurai Shodown from SNK, which was released in June 2019 and also had an exciting tournament at Evo.

SoulCalibur VI launched in October 2018 and received favorable reviews. In GameSpot's SoulCalibur VI review, the game was awarded an 8/10.

"SoulCalibur VI is a fighting game that's easy to recommend," it says. "Like all the best titles in the genre, it has a low barrier to entry and high skill ceiling. For those looking to get in a few games with friends it's welcoming and immediately enjoyable.

"For those committed to ploughing the depths of its systems to get tournament ready, it has plenty to unpack and understand. Better still, those that want to play alone will find SoulCalibur VI has some of the most substantial single-player content in any fighting game today." 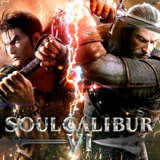