A new Battletoads is on the way.

In one of E3 2018's bigger surprises so far, a brand-new Battletoads game has been announced. It was revealed during the Xbox briefing but only in the form of a teaser trailer that showed no gameplay. We did learn, however, that it will have three-player couch co-op and 2.5D graphics. The art in the game will be hand drawn, according to the announcement trailer.

The untitled Battletoads game will arrive in 2019, presumably for Xbox One and PC.

The Battletoads announcement comes after years of speculation about a new game. In 2014, the company renewed a Battletoads trademark, sparking speculation that a new game could be in the works. Most recently, Spencer wore a Battletoads t-shirt during a presentation he made in January 2016. Later, when asked about its significance, he responded, "I don't think I've ever worn a t-shirt that's been a complete head-fake. I wouldn't do that."

The Battletoads series was developed by Rare, the same company responsible for Donkey Kong Country, GoldenEye, and most recently Sea of Thieves. It's been more than two decades since the last Battletoads game was released, but the franchise still has a fervent fanbase, so it's exciting to see the franchise finally set to return, even if it's not until next year. 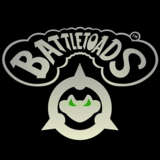