But be aware, these appear to be mobile ports.

Dragon Quest 11: Echoes of an Elusive Age is coming to Nintendo Switch later this month with an enhanced port that packs some new bells and whistles including an optional retro visual style. But if you want to go even more old-school than that, Square Enix has announced that the same day will bring the original three Dragon Quest games for sale on the Nintendo Eshop as well.

The company announced that all three games will be available on September 27, the same day as DQ11. The Eshop also lists all three games for sale now: Dragon Quest, Dragon Quest 2: Luminaries of the Legendary Line, and Dragon Quest 3: The Seeds of Salvation. They're priced at $5, $6.50, and $12.50, respectively.

Find out where it all began - the first three #DragonQuest games are coming to North America, and for the first time on console in Europe, on #NintendoSwitch!
You can start with any of the three games, so get ready for classic adventures from September 27th. pic.twitter.com/iPklL1k0uv

However, you should know that these don't appear to be direct ports of the original NES classics. Instead, the screenshots and text style look similar to the mobile ports put out on iOS and Android.

Dragon Quest 11 for Switch, meanwhile, pays homage to the classics with an optional 16-bit graphical style, along with the ability to switch between a midi or orchestrated soundtrack, and the option of English or Japanese voices. You can play a lengthy demo now, and progress will transfer into the full game when it launches. The original release of the game received a 9/10 in GameSpot's Dragon Quest 11 review.

"Innovation in games is talked about a lot, but it's also great to see traditional gameplay formulas that have been around for decades presented exceptionally well," wrote Heidi Kemps. "Dragon Quest XI is one of the best modern examples of this; its beautiful presentation, both visual- and story-wise, combines with a tried-and-true gameplay formula for a journey that’s full of heart and soul. Once you find yourself sucked into the world of Dragon Quest XI, it's going to be hard to put down until you reach the grand finale." 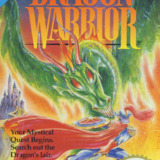