"Only teamwork can win championships!"

Captain Tsubasa: Rise of New Champions is a different take on soccer from what the likes of FIFA 20 and PES 20 offer, letting players tap into the power of anime. A new trailer has been announced for the game's story mode, showing off not only some of the game's more melodramatic plot elements, but also the character-specific super moves that you'll get to use and play against.

The trailer emphasizes the importance of working as a team, and shows off the cast of characters that will likely be familiar to fans of the franchise.

The trailer is the game's second, following the earlier announcement trailer. We also have footage from a hands-on session with the game, which is due to release on Switch, PS4, and PC later in 2020.

Captain Tsubasa's manga has been running, under different names, since 1981. The most recent incarnation is Captain Tsubasa: Rising Sun, which is now printed in the new Captain Tsubasa Magazine. It has also been adapted into multiple anime series.

The franchise has previously been made into a game for the PlayStation 2, simply titled Captain Tsubasa. A mobile game, Captain Tsubasa: Tatakae Dream Team released in 2017. 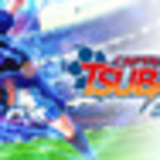