We got our hands on Captain Tsubasa: Rise of New Champions and played an action-packed full match with several epic goals to show off. In this demo preview build we play against Toho Academy with all the highlights from the match. The final version of the game will have full voice over sports commentary to give a blow by blow account of the action on screen.

Bandai Namco Games has been the premier publisher for games focused on anime and manga franchises. When they aren't releasing new games focusing Dragon Ball Z, One Piece, or My Hero Academia, they sometimes dabble in lesser-known properties, opening up more obscure anime to a new audience. Recently, Bandai Namco revealed that the upcoming Captain Tsubasa: Rise of New Champions, based on Yōichi Takahashi's manga series. Originally published in 1981, the shonen-style soccer anime series focused on the titular character who leads his middle school to victory against rivals.

In our first hands-on with a preview build of Captain Tsubasa, we got to dive into a game with Nankatsu Middle School's football team facing off against Toho Academy. In the full game, you'll be able to take control of several groups from the manga series, bringing many of the series' iconic moments and characters to life. Unlike games like Fifa, which aim for realism, Captain Tsubasa embraces its stylized approach, giving you greater control in juggling between offense and defense tactics during the game and pulling off over-the-top power shots towards the goal. Throughout a match, you'll need to be aware of each member's skills and how they can be used at key moments.

Playing as Nankatsu Middle School, we show all the special skills and tactics you can use against your opponents. In addition to traditional dribble, passing, and tackle abilities that each member of the football squad has, you can also use special V-Zone skills that enhance your players. At particular moments, you activate your V-Zone to strengthen your team during a rush for the opponent's goal. While many of these moves certainly won't fly during a real football match, it's all fair in Captain Tsubasa, which can lead to some visually stunning moments where player summon their spirit animals to give them extra strength for as they score a goal.

Set for release on PC, PS4, and Nintendo Switch later this year, Captain Tsubasa: Rise of New Champions has a lot of style to back its fast-paced approach to football, which embraces the original manga's presentation. 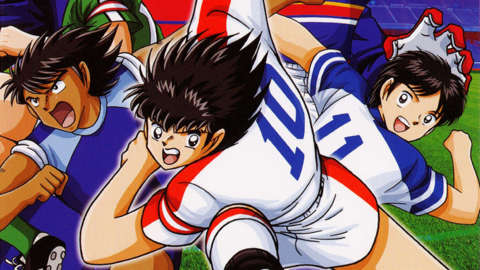