Buy Squids Odyssey on 3DS, Get It on Wii U Free -- Is Nintendo Cross-Buy Coming?

The first title to offer cross-buy on Nintendo systems is the upcoming strategy RPG Squids Odyssey.

Update: In a statement to Siliconera, a representative of Squids Odysseys developer The Game Bakers revealed that cross-buy for the game will not be coming to the United States. When asked if the promotion would ever come overseas, the representative responded that Nintendo of America "could not support this operation yet."

"We really like this promotion and wished to make it happen for all gamers," the developer continued, "but [Nintendo of America] could not support this kind of promotion."

It looks like it will still be some time before Nintendo cross-buy is a reality for Americans.

For many months now, owners of PlayStation devices have enjoyed the Cross-Buy program that Sony started to incentivize game purchases. For compatible titles, you can buy the game once on a PlayStation 4 and receive a copy for free on the PlayStation 3 and Vita.

With games releasing more frequently on both the Nintendo Wii U and 3DS, many people expected that a similar program would come to the systems. But until now, Nintendo had only offered discounts for people who wanted to buy both games.

Squids Odyssey is now the first game to offer a free Wii U copy for those who purchase the 3DS version. At the moment, this is limited to the European eShop, and it only works when you buy the 3DS version first. But this is a sign that Nintendo might be inspired by Sony's Cross-Buy program and could potentially allow it with more games in the future.

Nintendo has not said anything about potential discounts or cross-buy for upcoming games such as Super Smash Bros. that are launching for both systems.

Do you think that Nintendo will begin more extensive cross-buy promotions? Let us know in the comments! 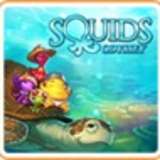