After Dangerous Golf, Three Fields Entertainment has moved on to a demolition derby game.

If you enjoyed Burnout 3: Takedown's Crash Mode, you might be interested in this upcoming indie game. Three Fields Entertainment, a company established by the founders of Burnout developer Criterion, has revealed its new title: Danger Zone.

Danger Zone challenges you to create the biggest car crash possible, with bigger crashes equating to bigger rewards--similar to Burnout 3's Crash Mode, which proved popular when the game was released in 2004. If you cause enough vehicles to collide, you'll earn a SmashBreaker, which turns your car into a bomb that can explode on demand.

"We are going back to our roots by creating a game in a genre we are truly passionate about," said Fiona Sperry, Three Fields' founder and CEO, in a press release. "Danger Zone takes what made the Crash Mode featured in 2004's Burnout 3: Takedown so popular and transforms it into an all-new car-crashing, arcade-style game. We look forward to engaging those same fans by delivering an entirely new and extremely fun experience."

Twenty single-player missions are included, and although there will be "connected leaderboards" that allow you to compare scores with your friends, there has so far been no mention of true multiplayer.

Despite Crash Mode's popularity, Takedown was the last game it was featured in--save for the 2011 downloadable title Burnout Crash!. It's likely, meanwhile, that this new game is the driving title Three Fields teased in July last year.

Three Fields was founded by ex-Criterion founders Fiona Sperry and Alex Ward in 2014 after they left that company and its parent EA. The young studio has since gone on to make a virtual reality shooter called Lethal VR and silly golf game Dangerous Golf. We weren't too taken by the latter, however: critic Peter Brown said the game is one "you want to love," but that it "needs more than boisterous effects and odd scenarios to sustain its allure."

You can read more in our Dangerous Golf review. 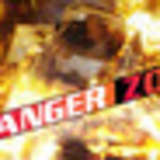