From controllers and headsets to charging stations and external hard drives, here are the PS4 accessories we recommend picking up.

With more than 100 million PlayStation 4 consoles out in the wild and plenty of new games still releasing for the platform, the PS4 is still alive and well despite the PS5 now occupying center stage. There's even a very active market for prospective PS4 buyers right now, so it's safe to say plenty of people are still spending a lot of time gaming on the console. And if you're gaming on PS4, there is a plethora of accessories that can enhance your overall experience. With a mountain of various accessories on the market, we decided to round up the best PS4 accessories to help you narrow down your selections. Many of these accessories are also compatible with PS5, which makes them even more intriguing if you think you'll upgrade down the line. From controllers and headsets to charging stations and external hard drives, take a peek at our list of the best PlayStation 4 accessories below.

While this roundup covers all major categories, we also have dedicated lists for the best PS4 controllers and best PlayStation headsets. If you're looking for game recommendations, take a peek at our roundups of the best PS4 games, racing games, and split-screen games. 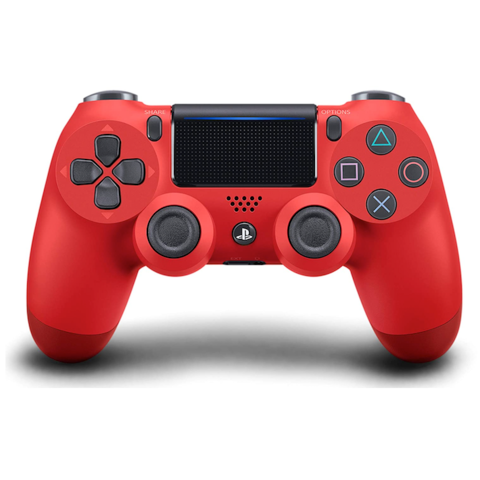 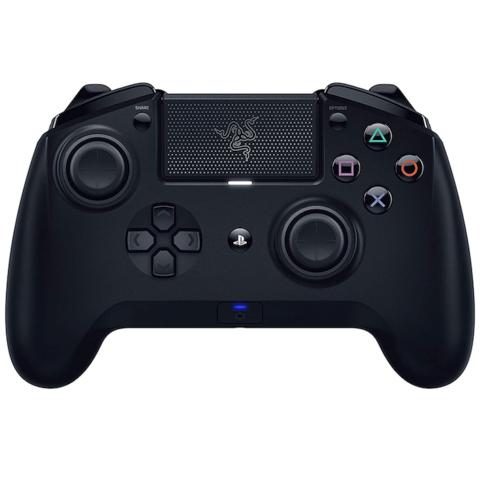 If you're into competitive gaming across multiple genres, the Razer Raiju Ultimate could help you up your game. This wireless controller features four remappable buttons, including a pair of back paddles and two additional triggers on top. The Raiju Ultimate has a Hair Trigger mode that, when activated, requires you to only slightly pull on triggers. Meanwhile, Razer used Mecha-Tactile face buttons to create a satisfying, clicky feel, and the shoulder triggers have a more ergonomic design than the conventional DualShock 4. You can also further adjust certain settings such as clutch and rumble sensitivity with the mobile app that's available on iOS and Android. 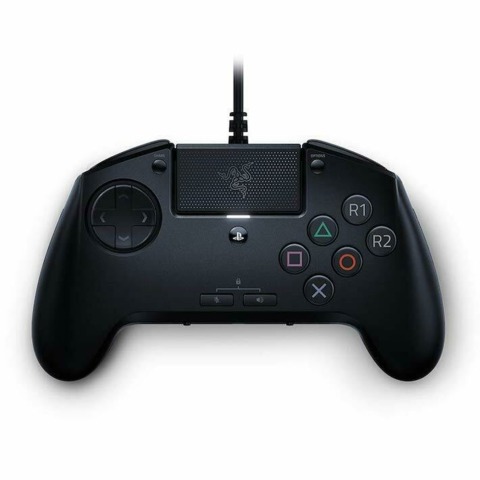 The DualShock 4 is a great controller, but the D-pad is not exactly perfect for fighting games. That's where the Razer Raion comes in. The Raion has an eight-directional pad that's specifically designed for fighting games. The face button layout pays homage to arcade machines with a six-button scheme complete with R1 and R2 right there on the front of the controller. The shape of this wired controller allows you to game with either a conventional or claw grip. The Raion also has a built-in mode for competition that lets you disable select buttons to avoid inadvertent inputs. 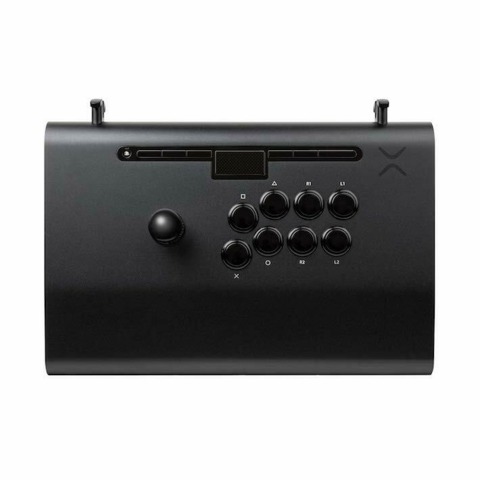 For fighting game enthusiasts who prefer a true arcade setup, you can't beat the Victrix Pro FS Arcade Fight Stick. This premium fight stick is made of aluminum, giving it an ultra-sturdy feel. The Victrix Pro FS features high-end Sanwa Denshi parts, including an excellent joystick and eight clicky face buttons that have a lightning-fast 5ms response time. It also has a number of extra buttons, including a trio of programmable buttons, Options, Share, and a button that adjusts the built-in lighting. The case pops open to let you store the joystick when traveling. It also comes with handles and a cable organizer, which makes this bulky controller surprisingly portable. If you're a tinkerer, the ability to pop open the case also opens up the Victrix Pro FS to easy modding. Though pricey (and somewhat hard to find in stock), this is the ultimate fight stick for PS4, and it's also compatible with PS5. 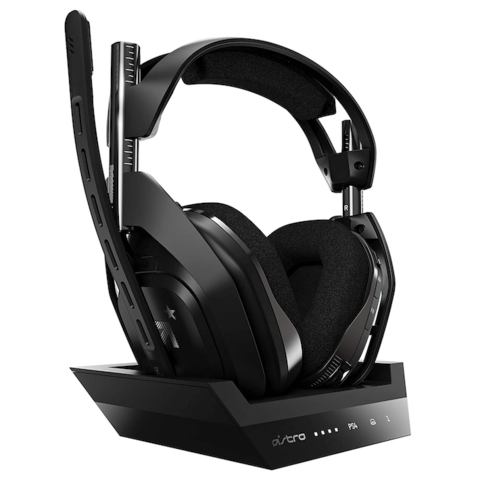 For a high-end PS4 gaming headset, we recommend the Astro A50. This wireless headset has 40mm drivers that produce superb pinpoint audio. The over-ear design features soft, comfortable earcups and a durable, adjustable headband. The A50 comes with a charging dock that cradles the headset when it's not in use. It runs for 15 hours on a full charge. If you ever upgrade to the PS5, the Astro A50 is also our pick for the best high-end PS5 headset. 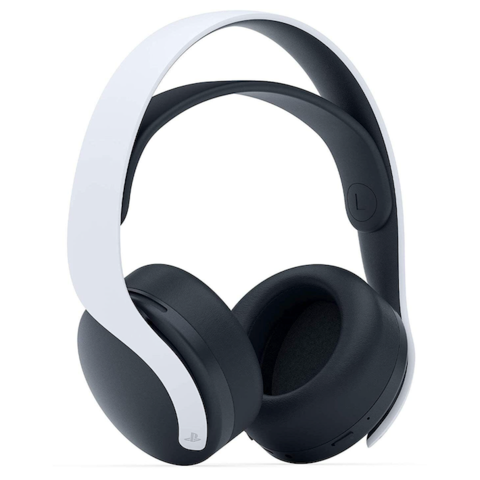 Though technically designed with the PS5 in mind, Sony's first-party Pulse 3D headset is a great wireless option for PS4 as well. While it's not quite as durable as some higher-end headsets that cost more than 100 bucks, Sony's Tempest 3D AudioTech delivers superb audio that pinpoints specific directional sounds. It has a hidden noise-canceling microphone that helps give it the appearance of a standard (and stylish) pair of headphones. With the detachable 3.5mm audio cable, you can connect it to any device.

Another official option for PS4 users is the PlayStation Gold headset, which was essentially the Pulse 3D's PS4 predecessor. The Gold headset isn't manufactured nowadays, but you can get a like-new preowned edition at Amazon for $80. However, we'd go with the Pulse 3D, simply because it doesn't cost much more and has improved audio. 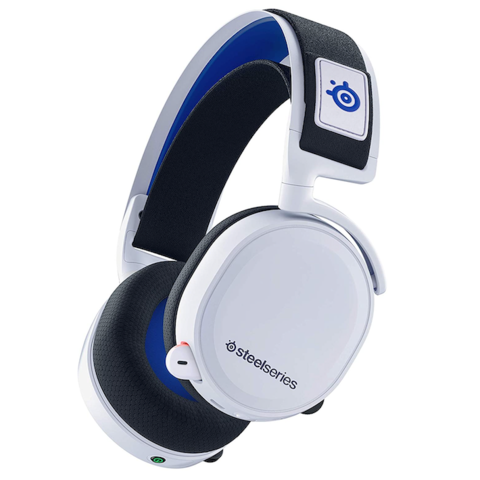 The SteelSeries Arctis 7P is another headset that was made for the PS5. That said, it's also a stellar PS4 gaming headset. The Arctis 7P has an ultra-comfy design and a more durable feel than the Pulse 3D. It features custom 40mm drivers that create an impactful and rich audio experience. The retractable bidirectional mic has built-in noise-canceling tech. In addition to working on PlayStation platforms, the Arctis 7P can connect wirelessly to PC, Android, and Nintendo Switch with the included USB-C dongle. The SteelSeries Arctis 7P is a premium headset with universal functionality, and you can even hook it up to other devices with a 3.5mm audio connection. 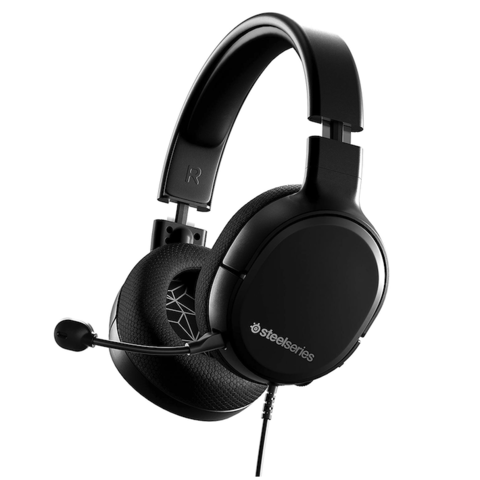 Those looking for a budget over-ear option shouldn't sleep on SteelSeries' Arctis 1. This lightweight headset has nice plush earcups, a detachable Clearcast microphone, and a steel-reinforced headband. Despite its low price, the Arctis 1 produces crisp audio that likely offers a great improvement from your TV speakers. 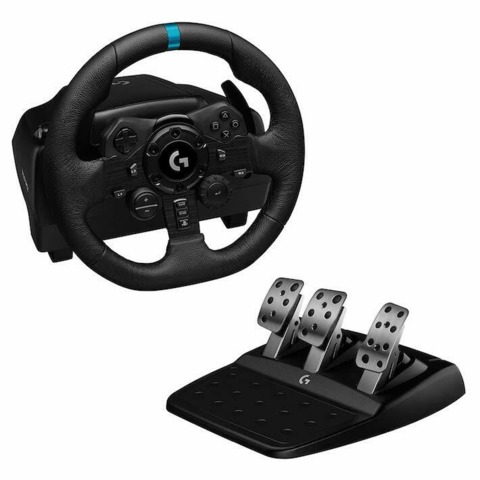 Racing games are always better with a dedicated controller, and Logitech's G923 racing wheel is the best of the bunch for PS4. The G923 comes with a wheel and a separate set of pedals. The G923 excels because of Logitech's TrueForce technology, an authentic system that gives you high-definition force feedback when you're driving. While the technology is super cool, it's only compatible with a small batch of games so far, including Grid, Gran Turismo Sport, Dirt Rally 2.0, and a few others. That said, it's certainly possible future games will utilize the feature, and since this wheel is compatible with PS5, you're future-proofing with this purchase. The pedals are pressure sensitive to add to the realism, and the included G Hub software lets you fine-tune your experience, including wheel sensitivity and setting up profiles. For a less expensive option, check out Logitech's G29 racing wheel, which features dual-motor force feedback. 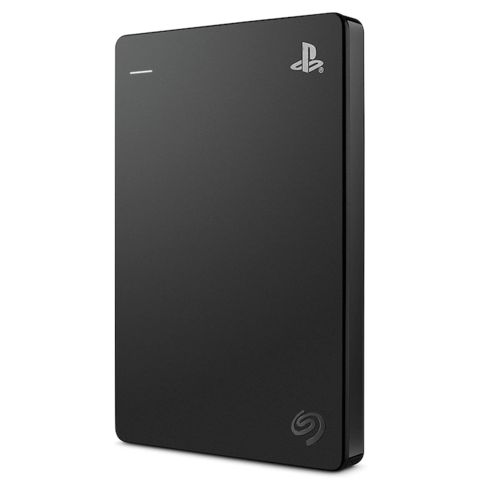 Regardless of the size of your PS4 hard drive, it's a safe bet that at some point you'll have to manage your storage and delete some games. With big AAA games taking up 50GB or more (sometimes much more), the PS4 drive gets eaten up quickly. Luckily, you can expand your storage space with portable drives. We recommend Seagate's PS4 Game Drive, an officially licensed external storage option that you simply plug into one of your console's USB ports. It comes in 2TB and 4TB models. You can even load games directly from the drive, so you can simply keep it plugged in at all times and not have to worry about running out of space.

Though Sony never released a premium PS4 controller similar to Microsoft's Xbox Elite controller, it did create an accessory that features one of the most important components of high-end competitive controllers. The DualShock 4 Back Button Attachment attaches to the controller and adds two rear buttons. A separate button lets you remap inputs on the fly, and you can save profiles to fine-tune your settings for different games. 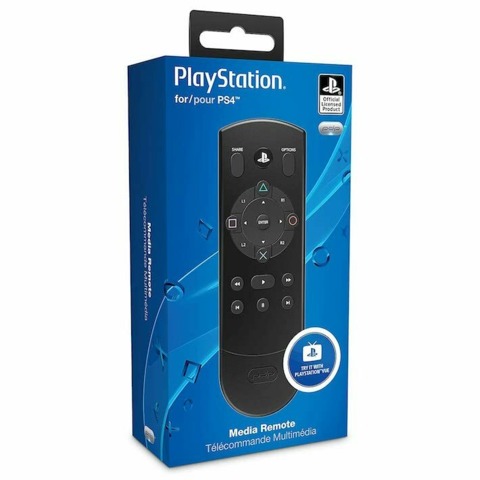 If you use your PS4 as a streaming device for Netflix, Hulu, Disney Plus, or other services, grabbing a conventional remote is worthwhile. It's not always fun to fumble around with the DualShock 4 trying to remember how to pause, rewind, etc. PDP's PS4 media remote is a handy little device that resembles a standard streaming remote and adds the PS4's face buttons to navigate the UI. 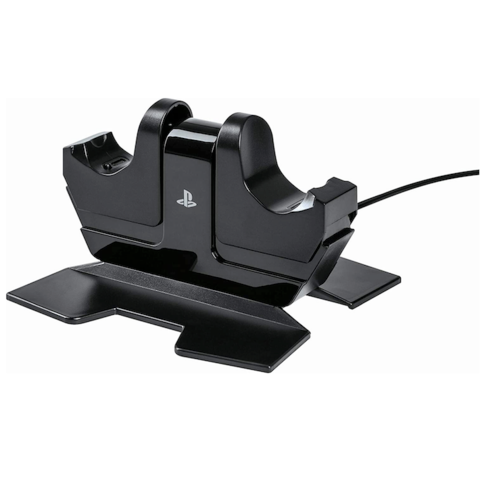 As mentioned already, DualShock 4 controllers don't have the best battery life. The DualShock 4 can last anywhere from four to eight hours between charges, which is a wide and less than ideal range. That's why it makes a ton of sense to have a charging station to dock your controllers in at all times when not playing. PowerA's DualShock 4 Charging Station offers a simple solution that cradles two controllers, doubling as a stand as well. While there are no shortage of third-party charging stations available, PowerA's charging dock is well-rated and officially licensed by PlayStation. 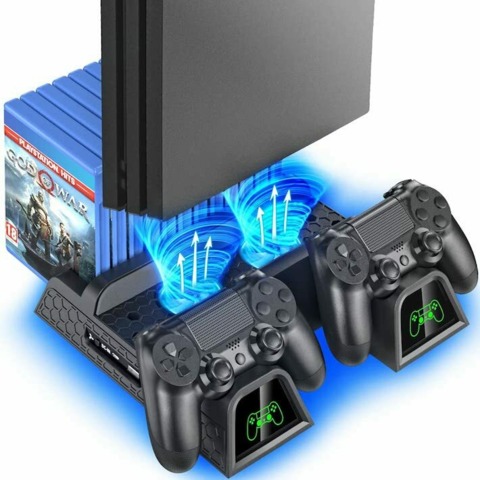 The PS4 can sound like a jet engine sometimes. To help mitigate some of that noise, OIVO's Cooling Fan Station is a great pick that also happens to have some other nice features. First off, if you like the look of your PS4 positioned upright, a stand is a must. This stand cradles the system safely and securely. It's also fitted with a pair of DualShock 4 charging docks and a slot on the back that fits 12 game cases. The OIVO Cooling Fan Station is compatible with all PS4 models. And with over 25,000 reviews and 4.6 out of 5 stars on Amazon, it's a popular pick for PS4 owners. 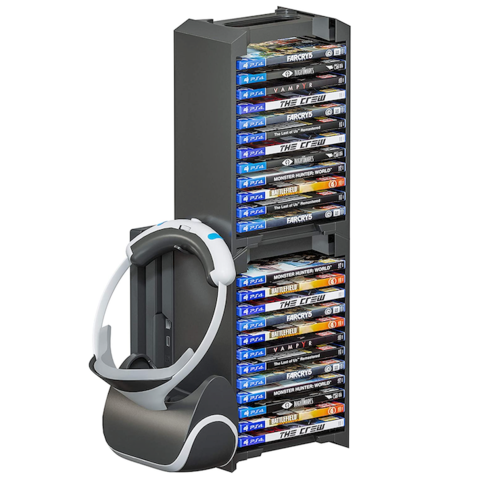 As you accumulate physical games for PS4, you're bound to start thinking about the best way to store and display the cases. While you could just use a standard bookshelf, a dedicated game tower is a great option, too. Skywin's organizer is specifically designed for PS4 cases (and PS5 cases) and fits 24 games. It also has a hanger on the side for the PSVR headset; though you could use it to store a regular over-ear gaming headset. There's an optional stand for the PS4 console itself as well, which allows you to prop it up vertically.