The Best PC Gaming Headset For 2021

From SteelSeries to HyperX and Razer, here are our favorite PC gaming headsets for 2021.

Great versatility on a budget

As with games, hardware, and anything else related to PC gaming, there's an overwhelming amount of options out there when it comes to PC gaming headsets, and it can be hard digging through it all to find the best PC headset for you. Top brands like SteelSeries, Razer, and HyperX all have high-quality options on the market, some of them costing several hundred dollars, so if you're looking for a PC gaming headset that'll last you a long time, it's not a purchase you make lightly. Fortunately, we've tested a ton of PC accessories, including headsets, and we're here to highlight some of our top PC gaming headset picks based on our experience.

One of the upsides of PC gaming headsets is that they tend to also work with one or both of the major video game consoles. Many PC gaming headsets are compatible with the PS5 and Xbox Series X--some can even be connected to the Nintendo Switch--making them multi-use if you own or ever decide to buy one of the new consoles. In fact, every PC gaming headset we've selected for this guide works with one or both of them. But if you're looking for recs specifically for those console, we have separate picks for the best PS5 headsets, best Xbox headsets, and best Nintendo Switch Bluetooth headphones. For now, here are the best PC headsets for gaming that we've tried. 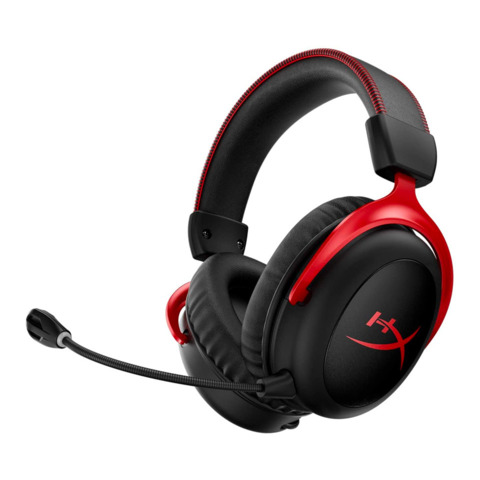 HyperX’s Cloud II headset is one of the all-time greats, and the company's new wireless variation offers the same excellent audio without the cables. The headset handles everything from gaming to music well, and its battery life and wireless range are very impressive. In our tests, we’ve been able to go more than three days without charging--using them for more than eight hours a day--and move through a three-floor townhouse without losing connection, something we haven’t experienced with any other PC gaming headset.

The microphone also provides quality sound and doesn't pick up much background noise, whether you're typing relentlessly on a mechanical keyboard or cracking open a drink can--your squadmates won't hear a thing. Overall, the Cloud II wireless has become our go-to PC headset for gaming, general use, and music. 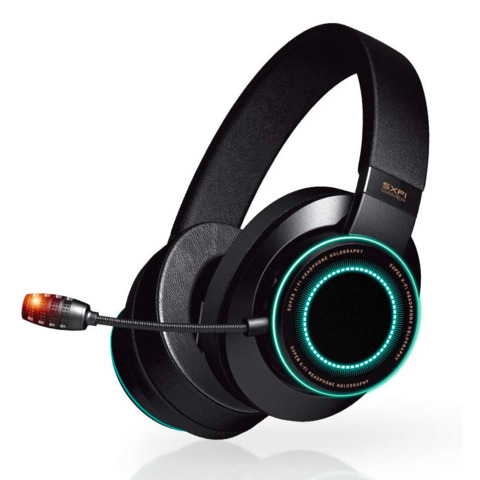 Creative's Super X-Fi technology is an excellent implementation of virtual surround sound, making the audio from your headset sound like speakers situated in the room around you. This provides an engaging audio experience, especially with first-person games like Call of Duty: Modern Warfare and Rainbow Six Siege. The Creative SXFI Gamer’s superb 3D audio makes the moments when gunfire and explosions are raining down on you sound dangerous and the footsteps of an enemy who thinks they have the upper hand distinct and informative.

The SXFI Gamer also features a number of modes. Super X-Fi mode gives you the full gamut of the surround sound tech, and Battle mode is tuned for gaming-specific settings. You can also turn the technology off entirely if you just want to listen normally. 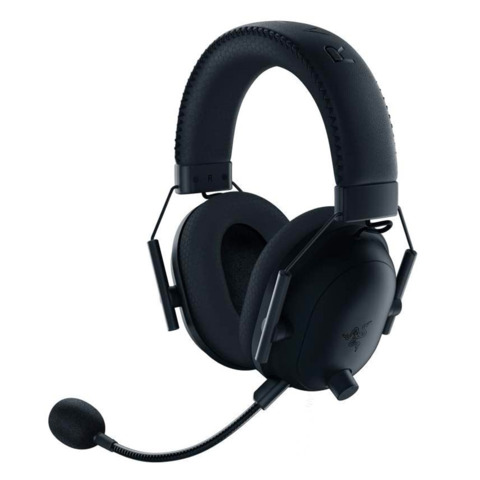 Razer's BlackShark V2 Pro is the company's best PC gaming headset yet, with an attractive design, lengthy battery life, and comfortable fit that makes listening to the exemplary audio output particularly enjoyable. The BlackShark V2 comes in a couple of different configurations--both wired and wireless--but the wireless Pro model is the highlight. It's one of the most comfortable headsets we’ve tested and features an excellent-feeling knob for volume control. 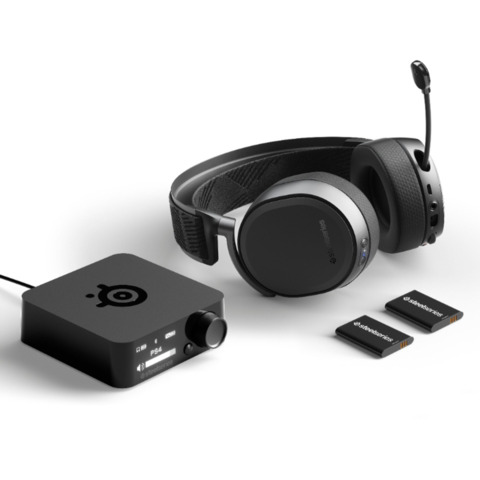 SteelSeries makes quality headsets, and the Arctis Pro is at the top of their lineup. There's plenty to say about its full sound, comfortable ear cushions, and sturdy metal frame, but its dual-battery system is what clinches this honor. It comes with an audio interface that, in addition to controlling your audio, also charges a battery. When the Arctis Pro's battery life starts to dwindle, all you need to do is swap batteries and you’re good to go--no charging cable required. It also features Bluetooth in addition to 2.4GHz connectivity, so you can listen to your phone and answer calls while you game.

In addition to the wireless version, there’s also a wired model that sounds and feels just as great but obviously doesn’t feature the 2.4GHz wireless connectivity, Bluetooth, or battery system. 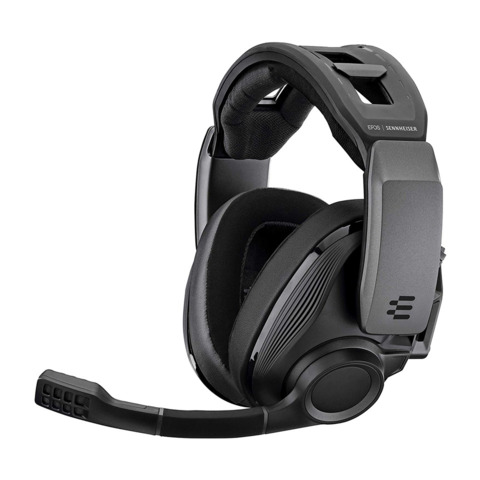 When it comes to build quality, no one beats EPOS, Sennheiser's gaming brand. The GSP 670 wireless headset feels like something a pilot would wear thanks to both its sturdy design and comfortable fit. It also boasts a superb microphone that flips up when you need to mute your voice or focus on single-player games. Its design is topped off by a switch that lets you pair to Bluetooth devices and hear how much battery life you have left--the headset can last for up to 20 hours on one charge. 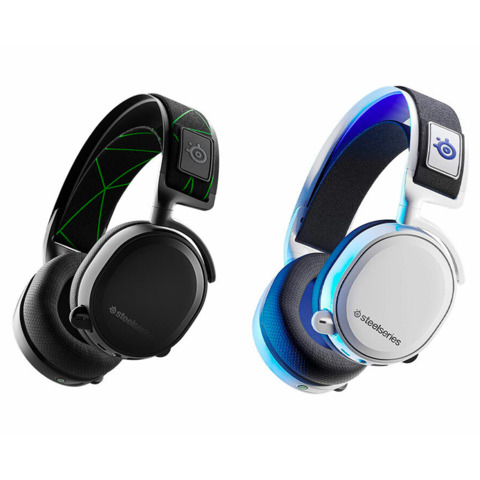 The SteelSeries Arctis 7P and 7X are basically the same headset--the only difference is that the 7P is compatible with PS5 and the 7X is compatible with the Xbox Series X|S. Thankfully, both models work on PC, and while they trade the Arctis Pro's metal frame for a mostly plastic build, they still pack a punch when it comes to audio quality. They also feature a USB-C dongle that can be used with Android and the Nintendo Switch in handheld mode.

Great versatility on a budget 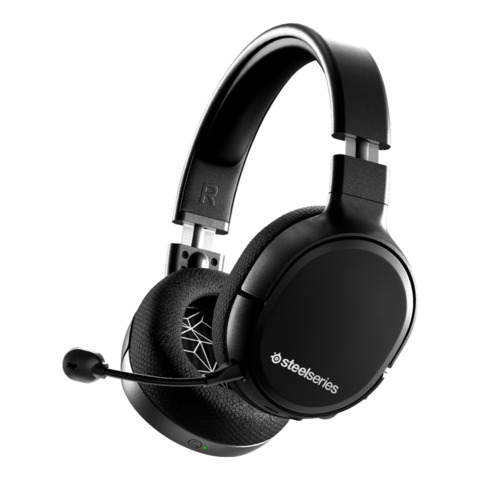 If you’re looking for a more affordable option, the SteelSeries Arctis 1 wireless is a cheaper version of the 7P and 7X. It features the same USB-C dongle that makes it compatible with a wide variety of platforms (including PC) and is surprisingly good for a budget pair of headphones. The Arctis 1 definitely looks and feels cheaper than SteelSeries’ other headsets, but it's arguably one of its most comfortable. 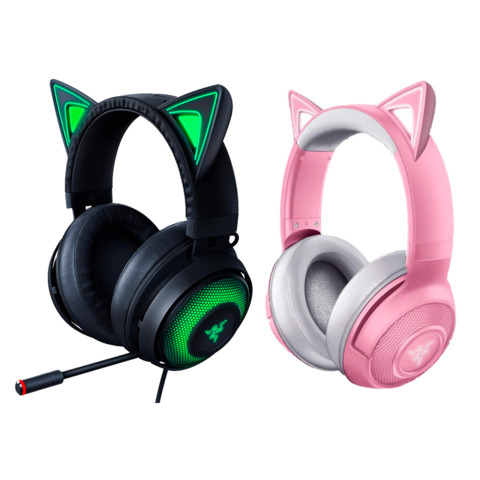 When shopping for a new PC gaming headset, it's natural to consider the options that will give you the best sound, the clearest audio, and the most comfortable fit. However, if you're looking for the cutest headset, look no further than the iconic Razer Kraken Kitty, which has become a favorite with streamers since it released. There are two versions of this light-up cat ear headset, and both are solid choices depending on your needs. The original Kraken Kitty is a wired USB headset and features reactive lighting that actually responds to your viewers' emotes, alerts, and other activity. You can also customize your RGB lighting and effects. The Kraken Kitty also features rich THX Spatial Audio, a microphone with active noise cancellation, and cooling-gel ear cushions to prevent overheating over long periods of play, making this PC headset as effective as it is cute.

If you're someone who prefers to go wireless, the newer Razer Kraken BT Kitty Edition is a wireless Bluetooth version that features the same adorable kitty ears and RGB lighting, although it has less lighting on the earcups than the original Kitty. The BT Kitty has fewer features than the original headset--it lacks full surround sound audio and stream reactive lighting--but it makes up for it with a lightweight fit, a lower price tag, and the convenience of Bluetooth connectivity.