There are far too many Funko Pops to fit under one tree, so we've rounded up some of the best vinyl figures to gift this holiday.

Roughly a decade after their debut, Funko Pops have become a collectible staple that can be found in practically every major store. Thousands upon thousands of the distinct beady-eyed vinyl figures have been produced. You don't even have to be a collector to know about Funko Pops--they are hard to miss at this point. If you have a Funko Pop collector on your holiday shopping list, we've rounded up a bunch of different figures that would make for great gifts this holiday.

Our Funko Pop gift list heavily focuses on Pops from video game franchises. So if you know a friend or family member likes a certain game, they will likely appreciate one of these figures even if they aren't a full-blown Funko Pop collector. We've also included Pops from popular comic books and entertainment franchises, including Batman and Star Wars: The Mandalorian. Yes, anyone would be happy to receive a Baby Yoda Funko Pop this holiday.

For more great gift ideas, make sure to check out our gift guide hub. We have comprehensive gift guides for every major platform: Nintendo Switch, PlayStation, and Xbox. More collectible and toy gift ideas can be found in our Marvel and Star Wars guides 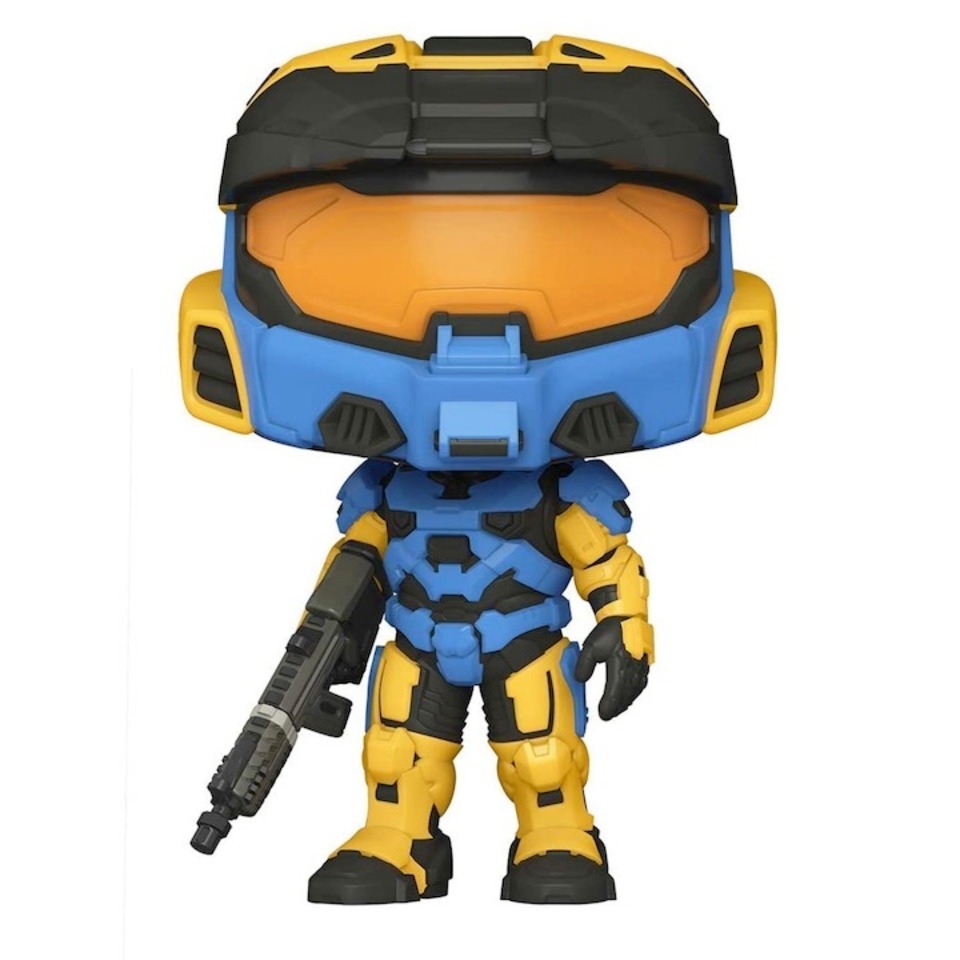 Halo Infinite was delayed until 2021, but the Halo fan in your life will certainly appreciate this new Master Chief Pop figure. Dressed in Spartan Mark VII armor with a cool Funko Deco color palette, this Master Chief figure really stands out. It also comes with a download code to unlock items in Halo Infinite.

Baby Yoda in Bag (The Mandalorian) 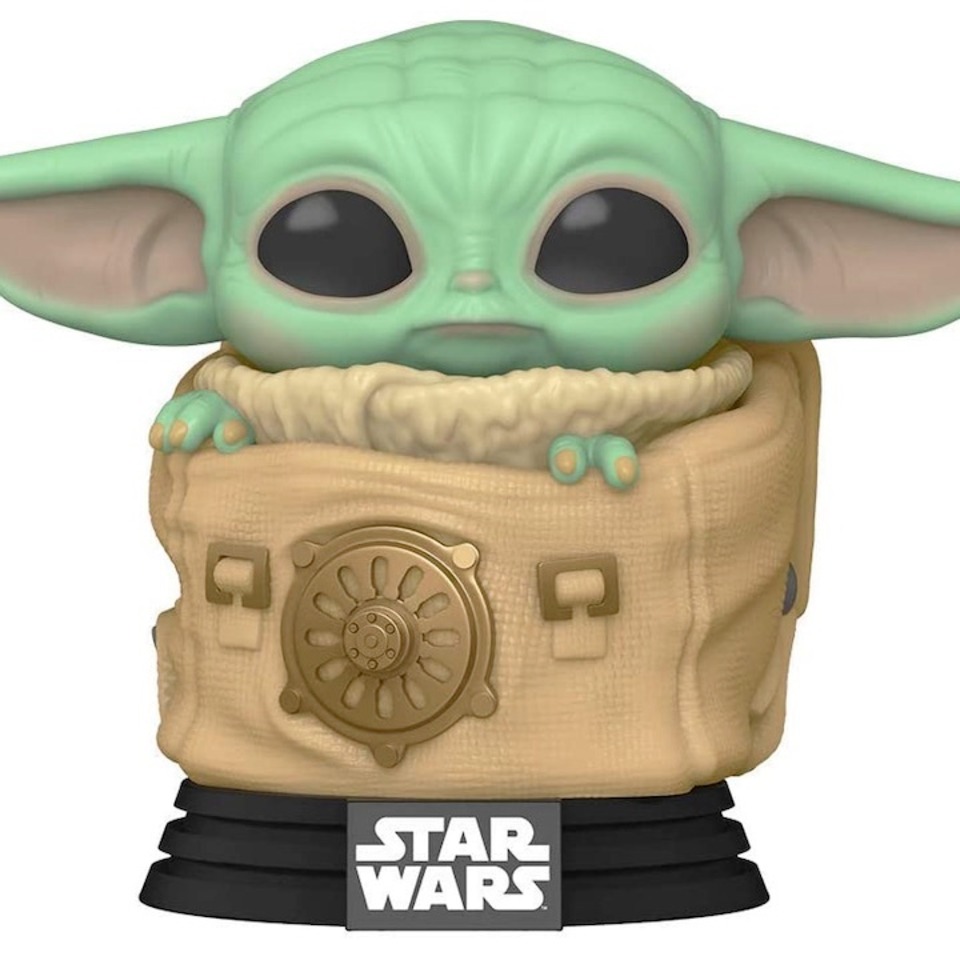 Baby Yoda, otherwise known as the galaxy's Best Baby, has predictably been turned into numerous Funko Pop designs. This particular figure feels rather fitting, as it's almost like Baby Yoda is peeking his head out of a stocking. You can't go wrong with Baby Yoda. 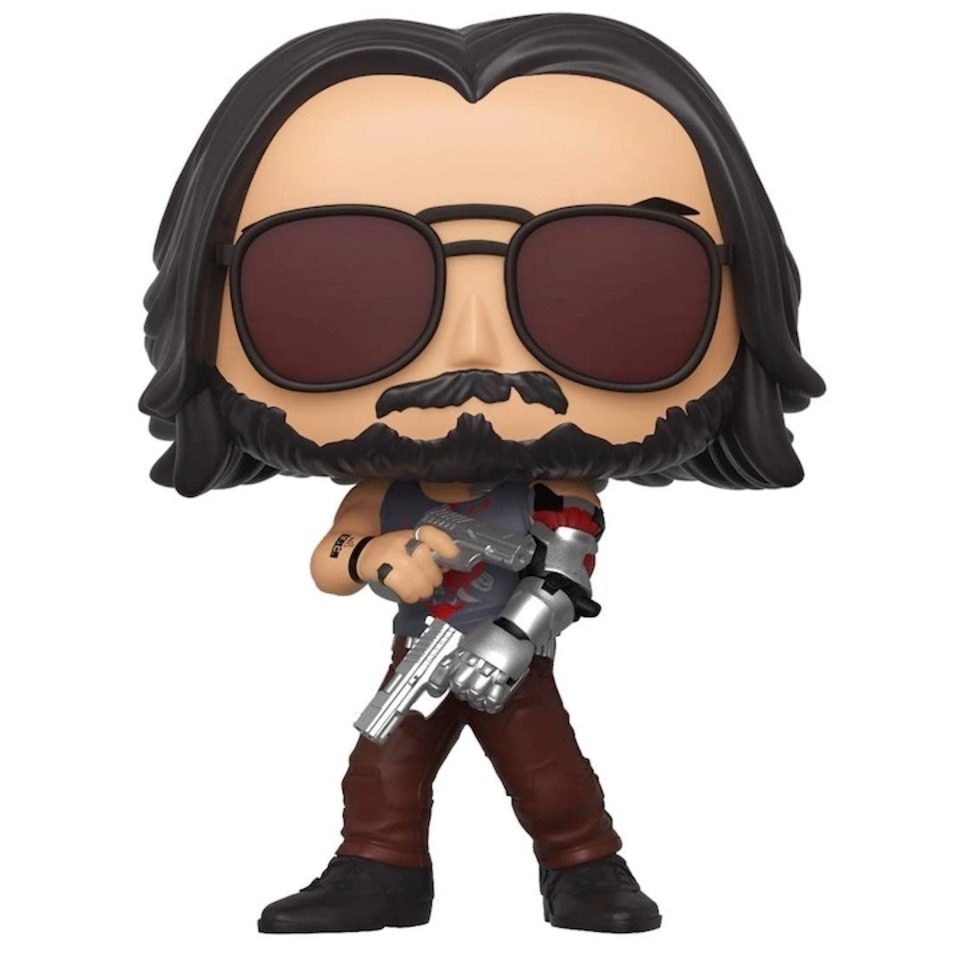 CD Projekt Red's Cyberpunk 2077 will assuredly be on many wish lists this holiday. The open-world RPG releases December 10 and features a performance from none other than Keanu Reeves as rocker Johnny Silverhand. Keanu looks ridiculously cool as a Pop figure. 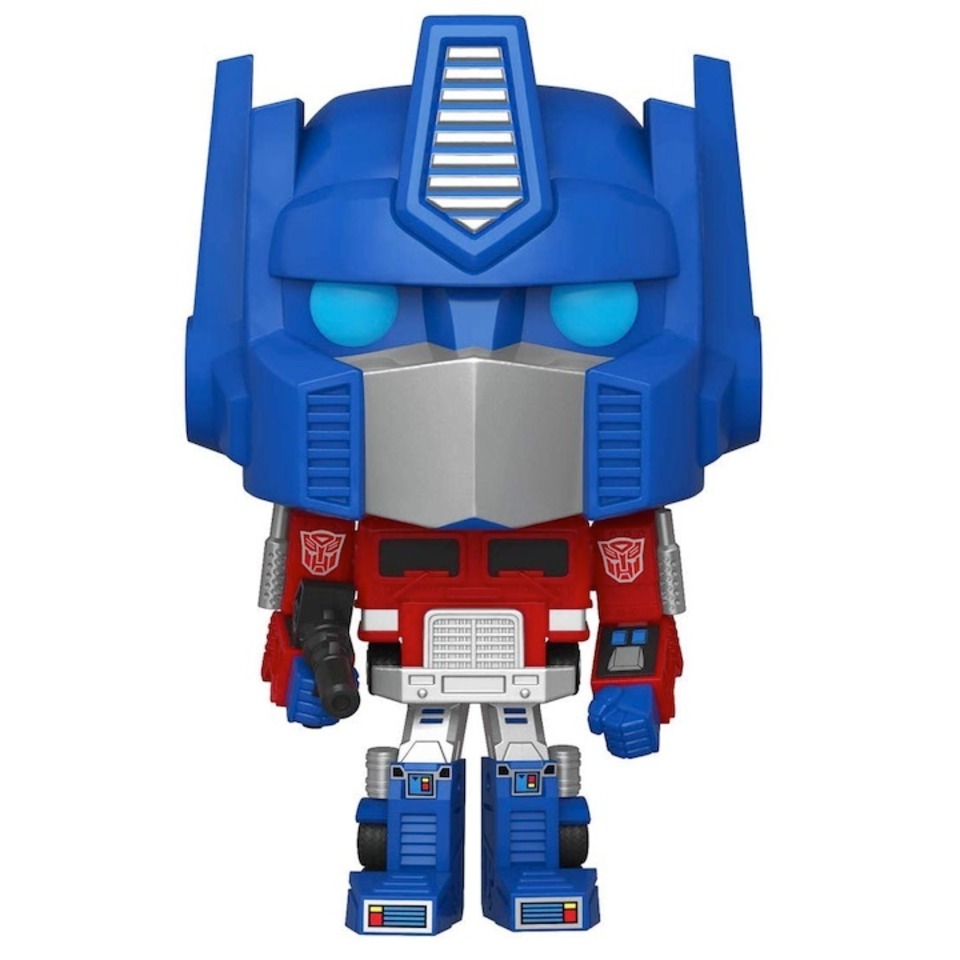 Designed with Optimus Prime's original look in mind, this figure will surely delight the Transformers fan in your life. Transformers work really well as Pop figures, and what better one to grab than the most famous Autobot? 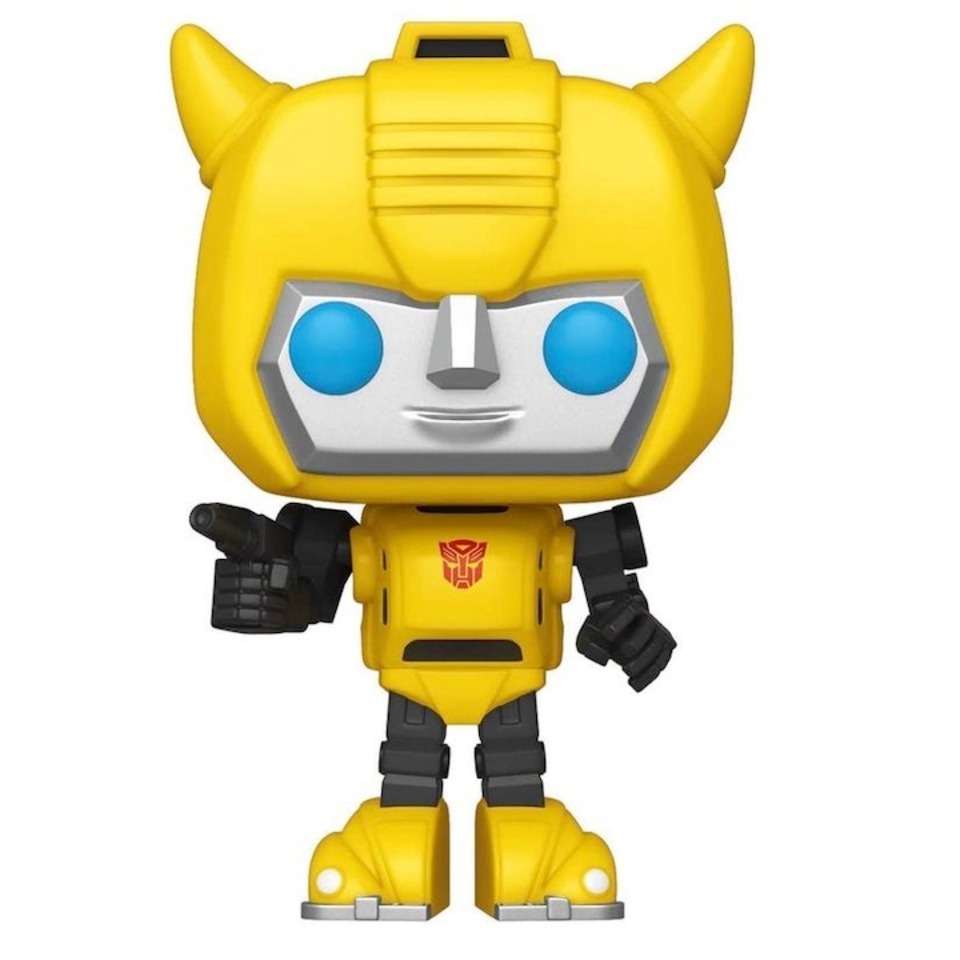 As mentioned, the Transformers series of Funko Pops is filled with some really neat designs. Bumblebee, the star of the surprisingly good 2018 Transformers movie, is one of said cool designs. Bumblebee's look is based on its classic toy design, making it a great retro Pop figure for longtime fans of the franchise. 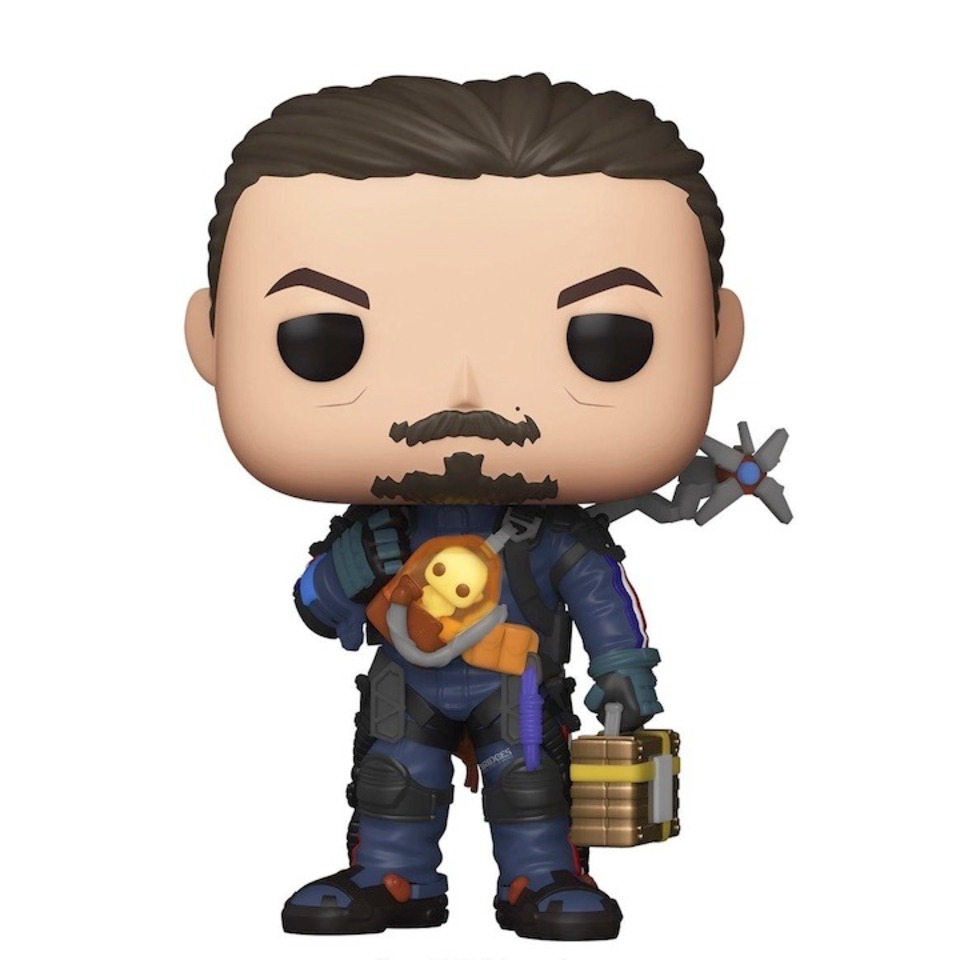 Death Stranding was one of the biggest (and weirdest) games of 2019. If you have a Kojima fan on your list, GameStop has an exclusive Sam Porter Bridges Pop. We'd be remiss if we didn't point out the itty bitty BB strapped to his chest, which we imagine qualifies as the tiniest Pop figure ever. 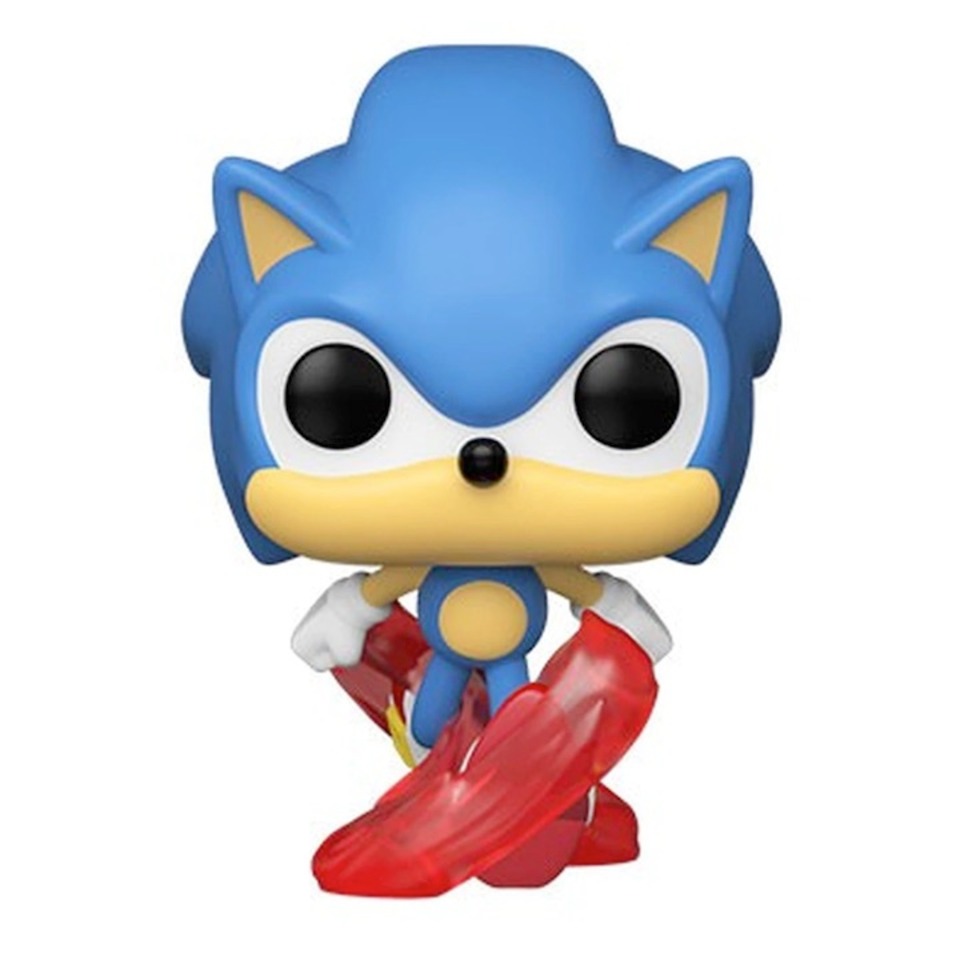 To celebrate Sonic's 30th anniversary, Funko has released a new Pop that uses the original design of the hedgehog as a blueprint. This would be a great gift for kids and adults alike, especially those who fondly recall Sonic's debut on Sega Genesis. 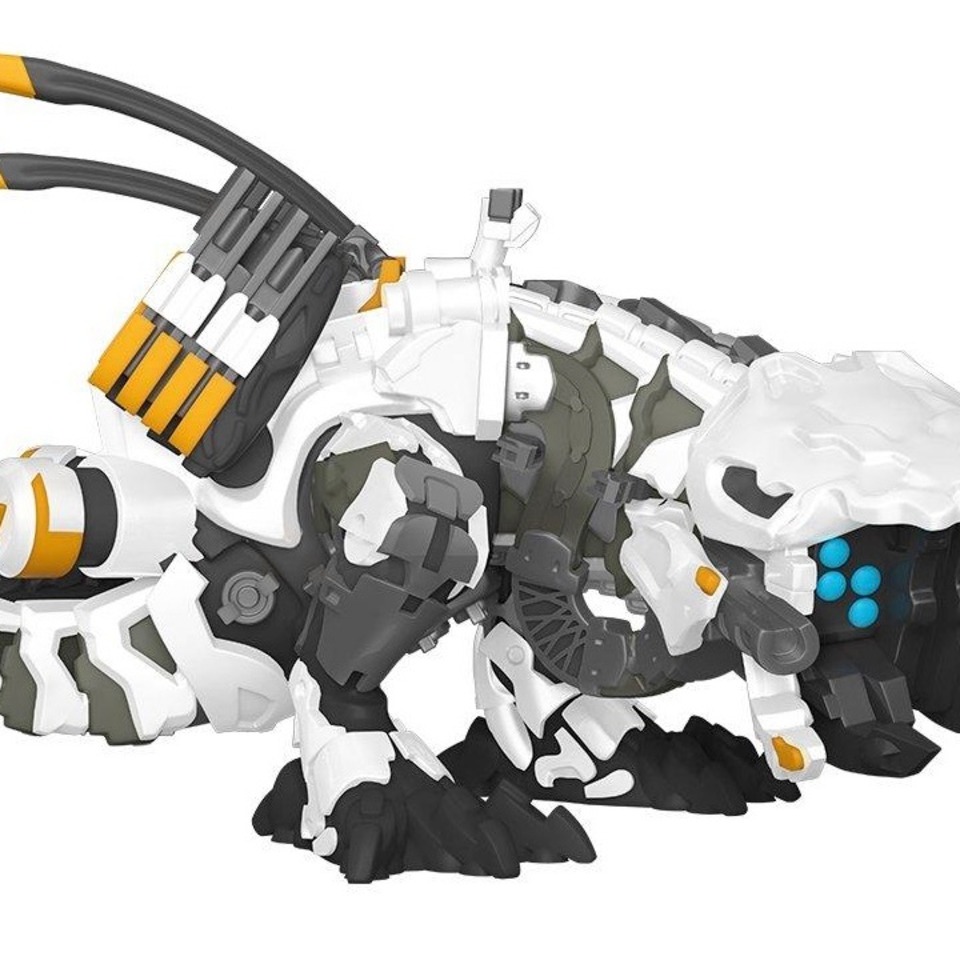 Horizon Zero Dawn is filled with some of the coolest creatures in a modern game. Essentially, they are robot dinosaurs. Funko turned the formidable Thunderjaw into a super-sized Pop figure. It's actually pretty hard to tell this is a Funko Pop, but it's extremely well-designed. It's exclusive to GameStop and releases in November. 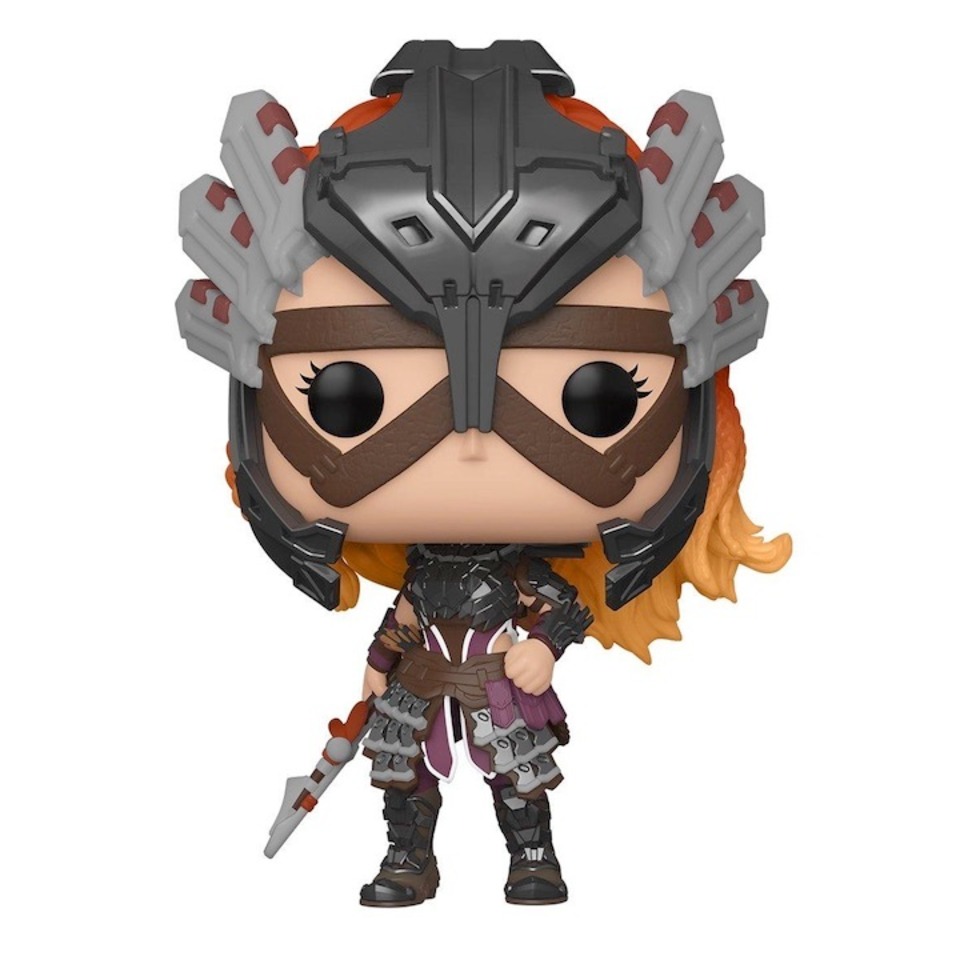 You can pair the Thunderjaw Pop with Horizon Zero Dawn's protagonist Aloy. Exclusive to GameStop as well, this Aloy Pop is wearing the heavy variant Shadow Stalwart armor, a rare and very useful armor set in the wonderful PS4 game. With Horizon Forbidden West figuring to be one of the most notable PlayStation games of 2021, this Aloy Funko would be a great gift. 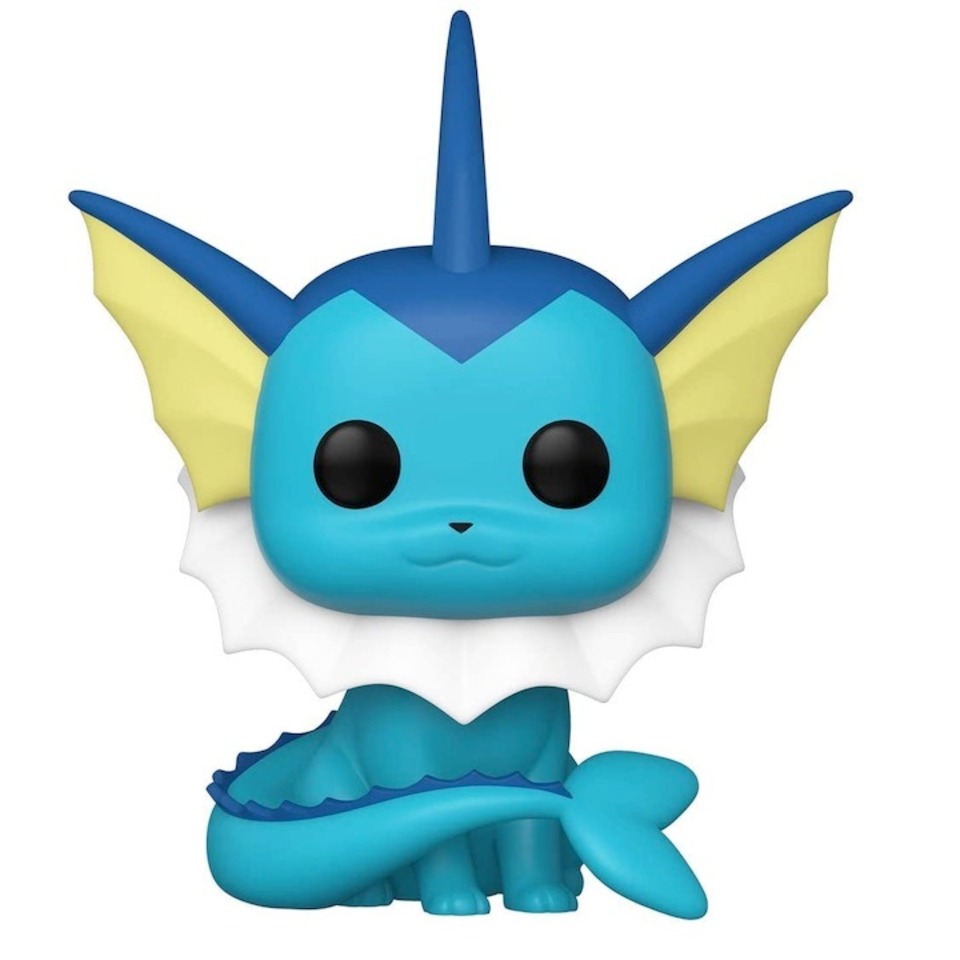 There are plenty of Pokemon Funko Pops, but this Vaporeon figure is easily one of the best so far. Eevee's water evolution from Gen 1 remains a popular Pokemon today and would make both longtime Pokemon fans and newcomers alike happy this holiday.

Ellie (The Last of Us Part II) 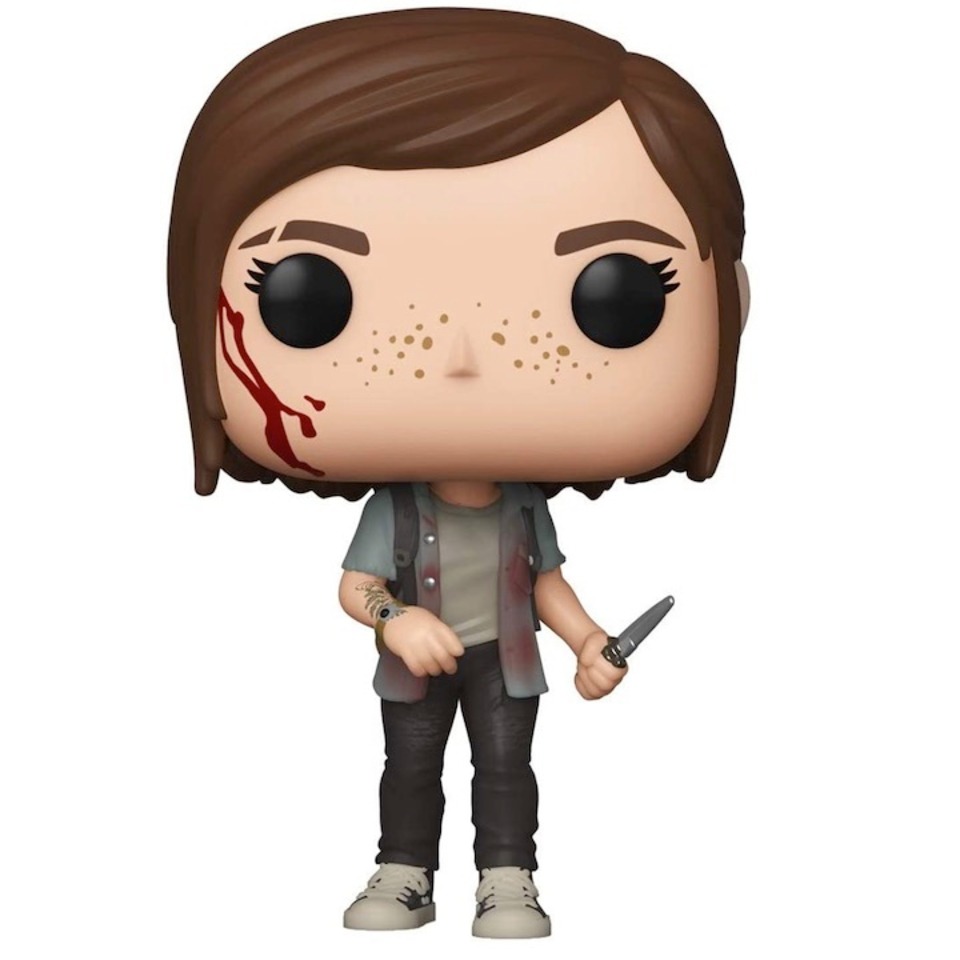 Ellie's journey in The Last of Us Part II proved to be one of the most gripping narratives of the year. Filled with emotional storytelling, wonderful characters, and yes, a whole lot of violence, The Last of Us 2 will stick with fans for a long time. This Ellie Pop fittingly hints at some of said violence, with blood splashed across her cheek and a knife in her hand. 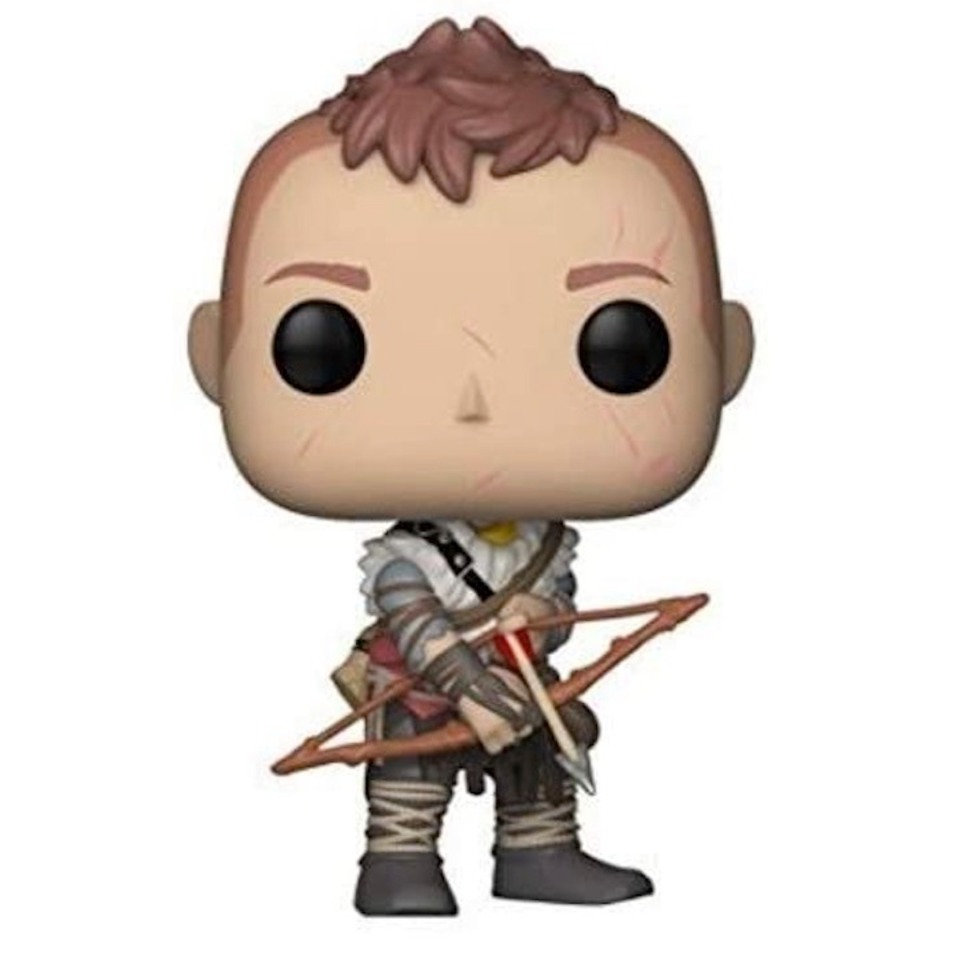 Speaking of emotional narratives, 2018's God of War told a moving tale of a father and son on a somber mission. With the next God of War (rumored to be called Ragnarok) releasing next year, now's a great time to gift this neat Atreus Pop to the God of War fan in your life. 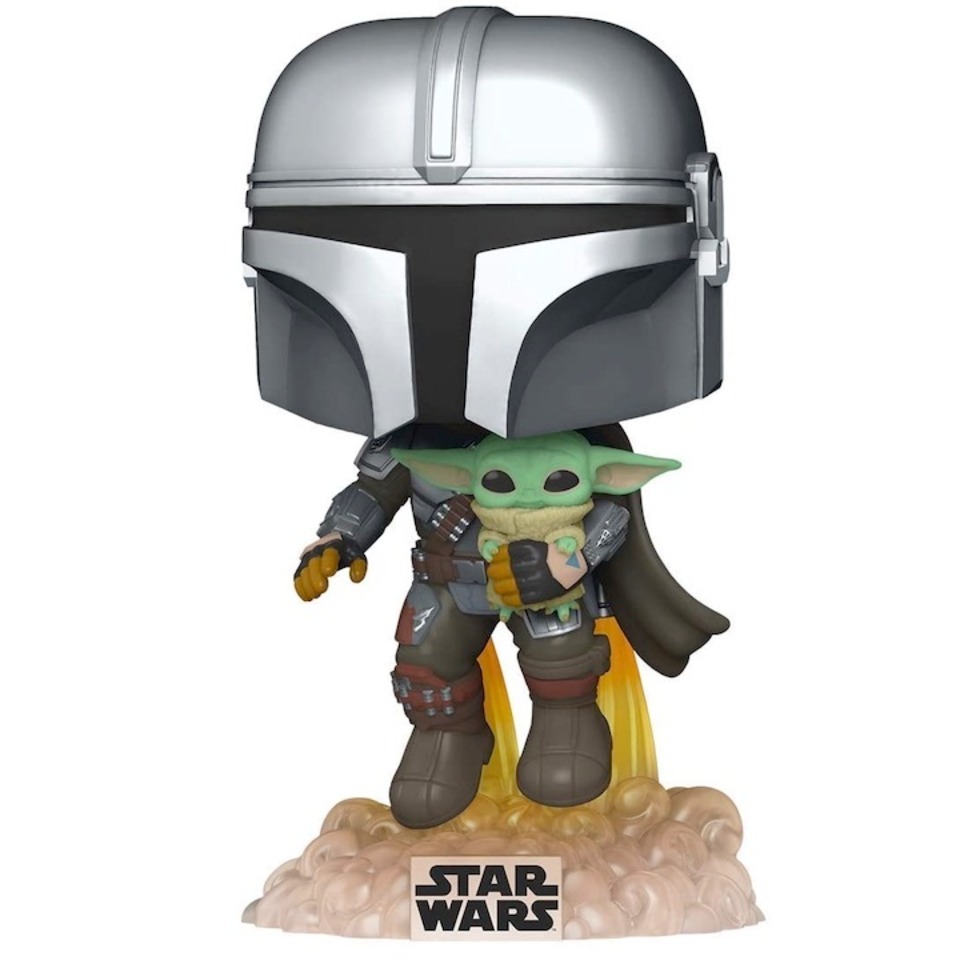 With Mando getting his jetpack at the end of The Mandalorian Season 1, there's now a proper Funko Pop showing off his nifty means of travel. Mando certainly looks cool here, but it's hard not to focus all of your attention on Baby Yoda. Though Baby Yoda definitely has some cute Funko Pops of his own, this tiny version of him takes the spotlight away from Mando. 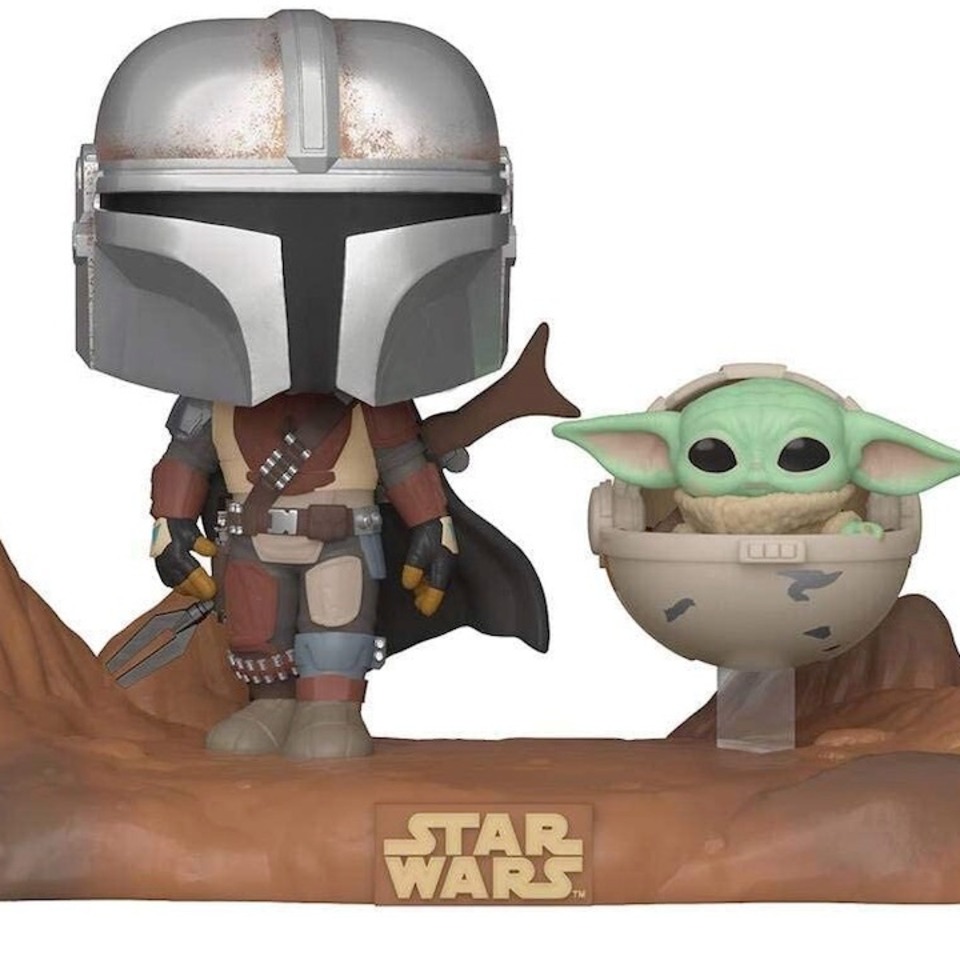 The Pop Moments line commemorates scenes and characters from popular media. For fans of The Mandalorian, this display features Mando and Baby Yoda (of course) trekking across a barren landscape. It's also the only Star Wars Funko Pop to feature Baby Yoda in his floating bassinet. 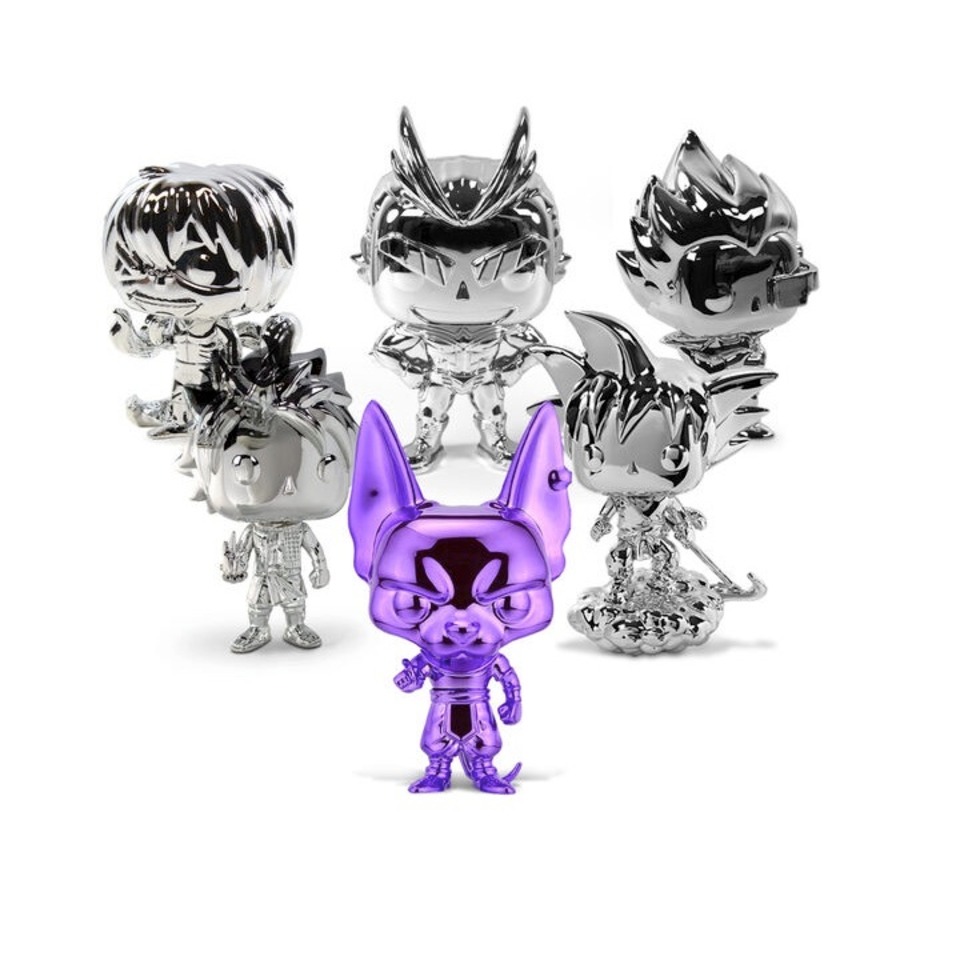 Funimation is celebrating its 25th anniversary with a series of exclusive Chrome Pops, and all six are available in this special bundle. The set includes Vegeta, Young Goku, and Beerus from Dragon Ball, All Might from My Hero Academia, Natsu from Fairytail, and Ken Kaneki from Tokyo Ghoul. 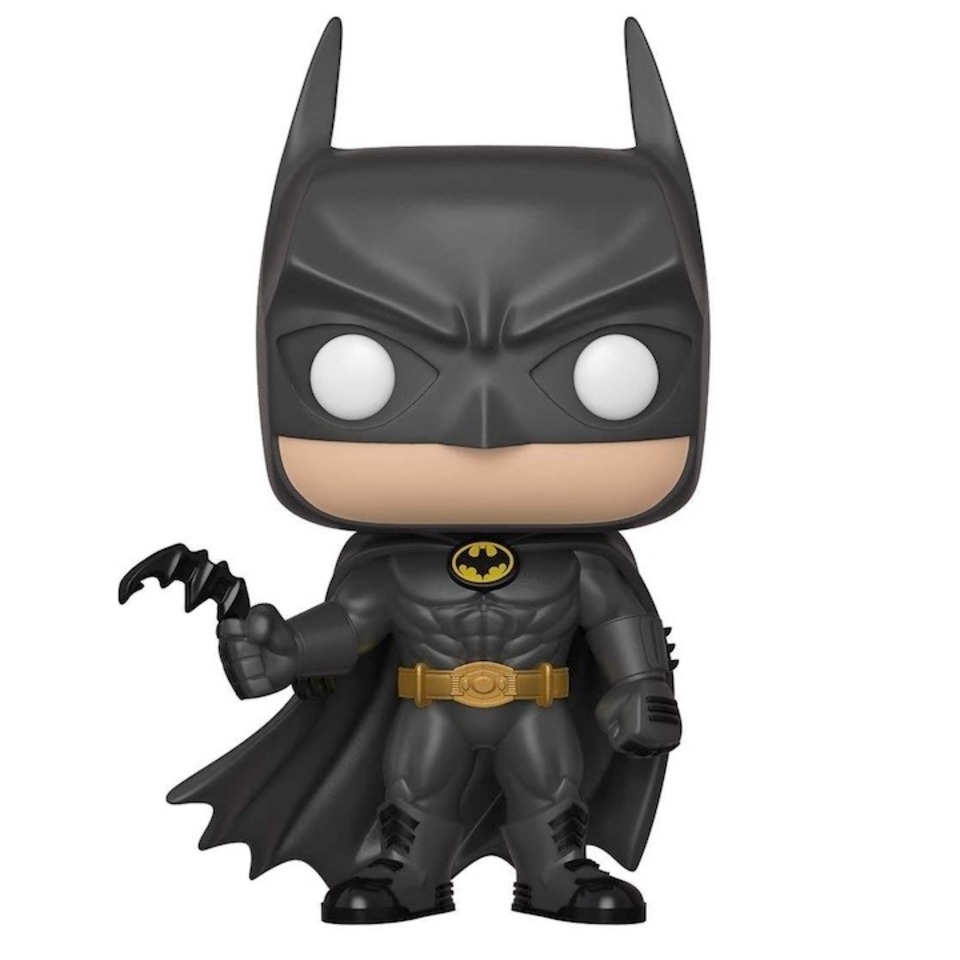 There are tons of Batman Funko Pops, but we favor this classic design modeled after the Caped Crusader's appearance in the 1989 film starring Michael Keaton. It's one of the best Batman suit designs--plus Batman is menacingly holding a Batarang in one hand and clenching his other fist. 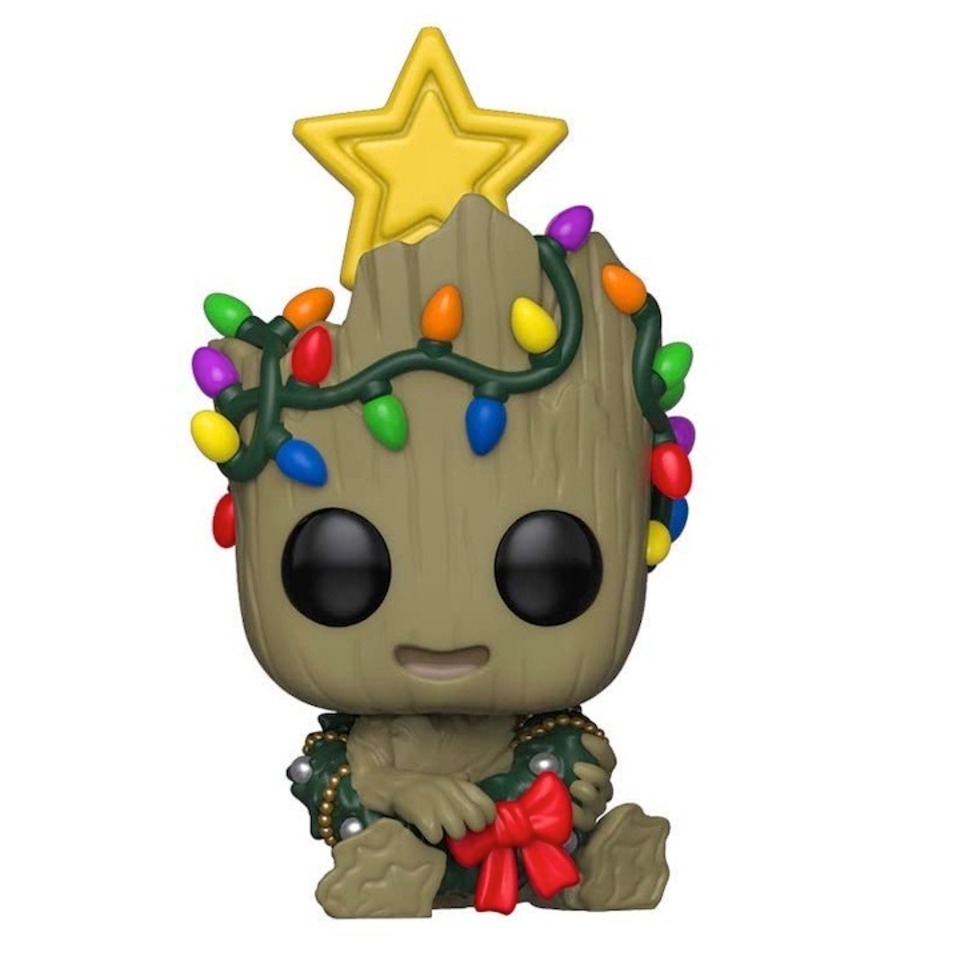 Everyone loves Groot, the wonderful tree creature from Guardians of the Galaxy. But people really love Baby Groot, who is the closest thing Marvel has to Baby Yoda. This Baby Groot Pop is perfect for the season, as the little guy is tangled in Christmas lights with a wreath wrapped around his body. 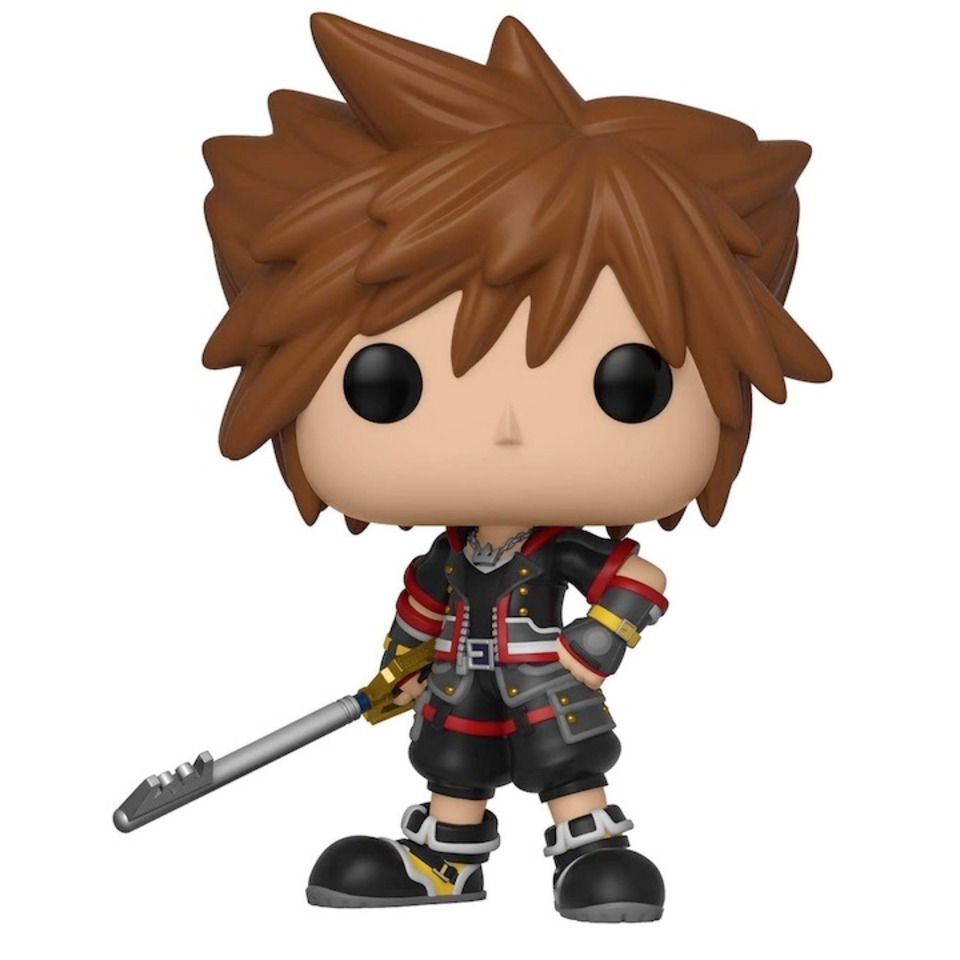 Kingdom Hearts has some of the most dedicated and fervent fans of any video game franchise. If you happen to know someone who can't get enough of the Disney-laced action-RPG series, you can pick up this cute Sora Funko Pop. And yes, Sora also has comically large feet as a Pop figure. 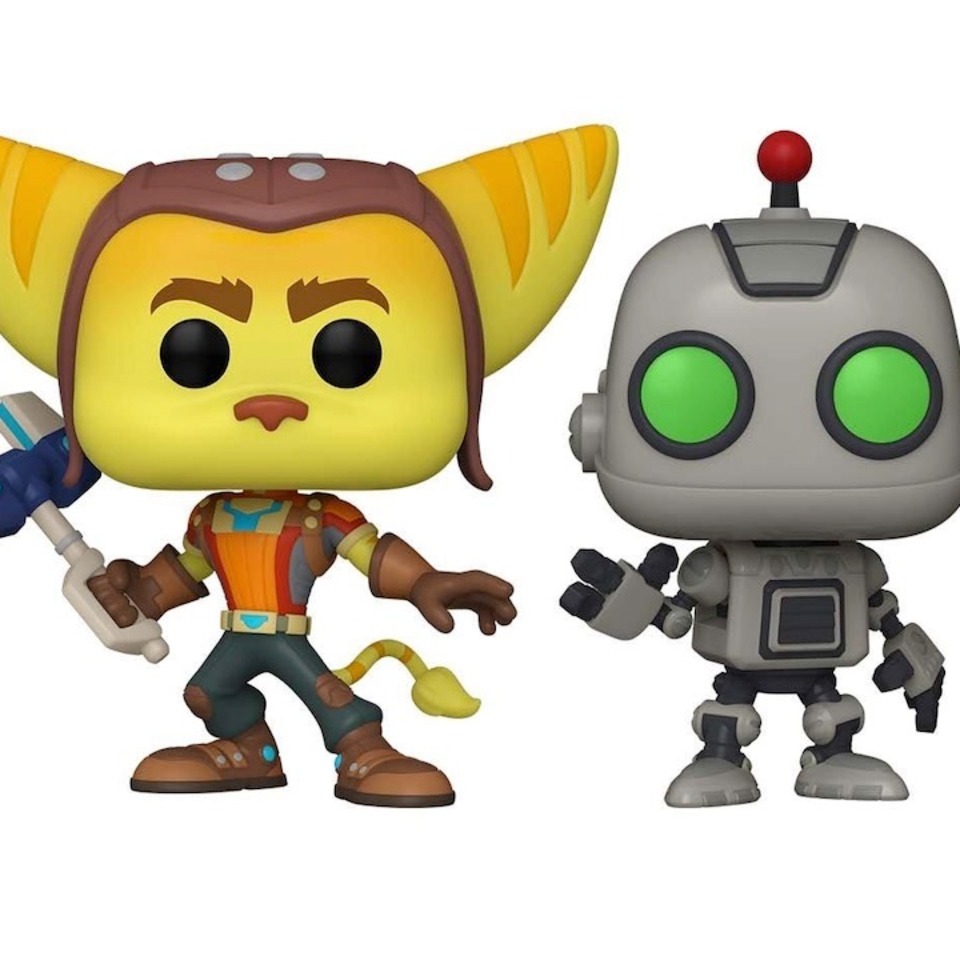 Ratchet & Clank: Rift Apart looks to be the most "next gen" of the PS5 games revealed so far. As such, it will likely be one of the bigger 2021 releases. The long-running Insomniac franchise has consistently delivered enjoyable experiences led by the lovable Lombax and robot duo. This Funko Pop two-pack would delight fans of the action-platforming series. 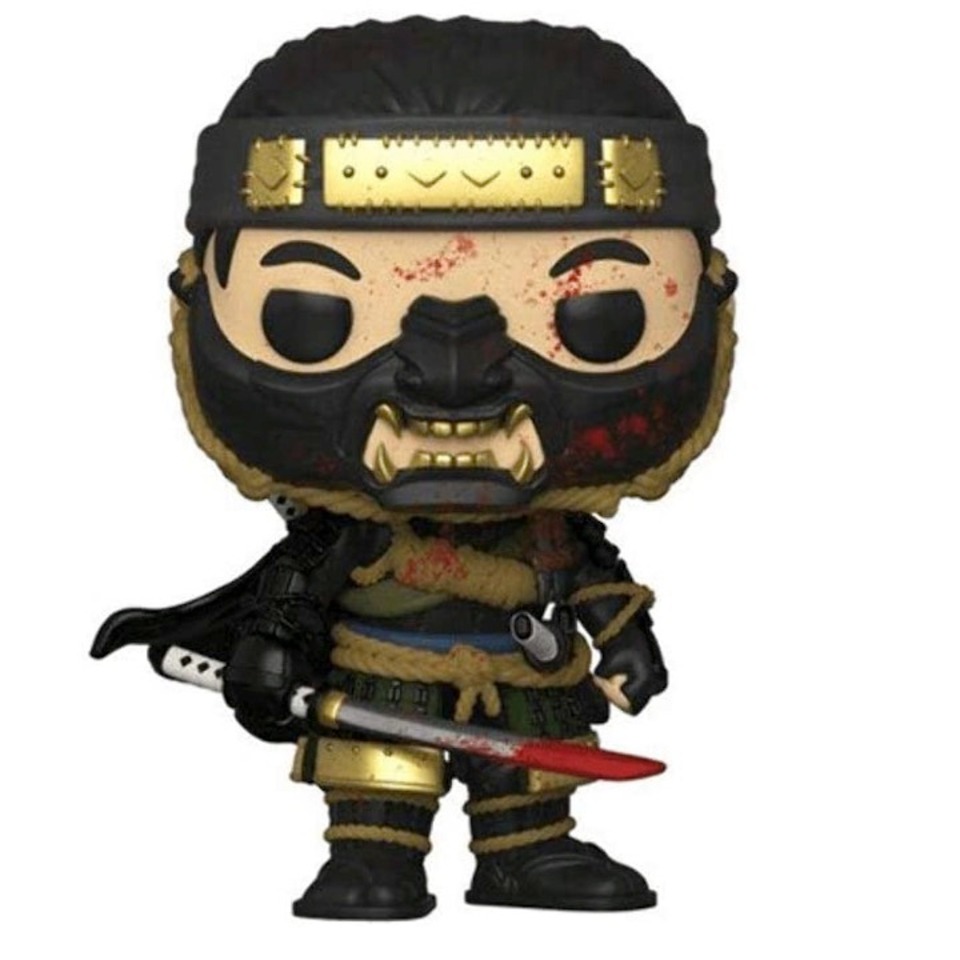 Ghost of Tsushima, the last major PS4 exclusive, is one of the better open-world games of 2020. Chances are if you have someone on your list who owns a PS4, they know about Ghost of Tsushima. The game's protagonist Jin Sakai was turned into a Funko Pop a few months back, but it's not the easiest Pop vinyl to find. You may want to pick up this cool (and bloody) figure as soon as possible. 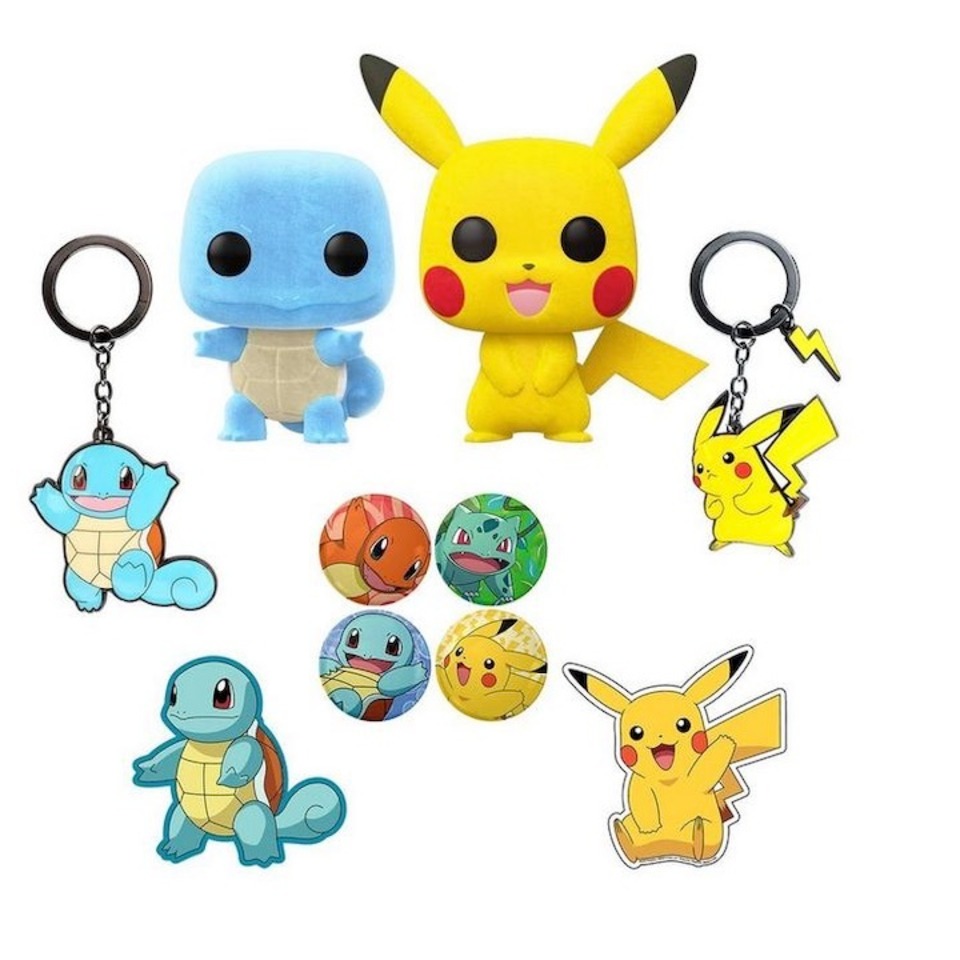 Exclusive to GameStop, the Pokemon Funko Box comes with a bunch of merch revolving around Pikachu and Squirtle. It includes a full-sized Funko Pop figure of each as well as two keychains, a pair of stickers, and a four-pack of enamel pins.