Minecraft is one of the biggest games in the world, so we've rounded up the best Minecraft gifts for fans of the block-building game this Christmas.

Minecraft has become a cultural phenomenon since it first launched, offering fans a friendly sandbox to express their creativity and construct digital wonders. Not just a fun game to tinker around in, Minecraft's merchandise is also bright, optimistic and the perfect gift for any fans in your household.

Several companies have grabbed a license to produce official Minecraft merchandise, and you can grab toys, apparel, and so much more from these producers. We've scoured the internet for you and found the best Minecraft gifts for that you can grab before the holiday season rush begins, although it's worth noting that the prices below may be discounted further as event such as Black Friday and Christmas draw ever closer.

If you're looking for more great gift ideas, take a look at our 2020 holiday gift guide, which includes the best Nintendo gifts, PlayStation gifts, and Xbox gifts as well as Fortnite gifts, Animal Crossing gifts, gaming Christmas ornaments, and much more. There are also a number of non-gaming guides, such as the best Lego sets, Funko Pop gifts, and Baby Yoda gifts. 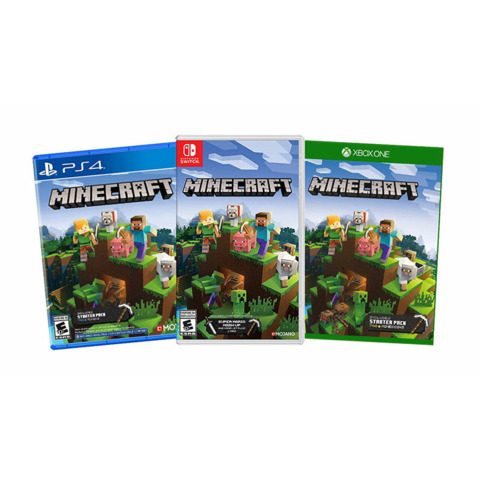 Minecraft is a fantastic game that lets players build anything they want and then protect it from the creatures of the night. Of course, if you're looking at this gift guide, your loved one likely already owns the game. However, with the PS5 and Xbox Series X coming out, you may want to get them a new copy if they're switching from Xbox to PlayStation (or vice versa). These current-gen physical copies will work on the next-gen consoles that have disc drives (not the Xbox Series S or PS5 Digital). And there's always the Switch version, which they can play on the go or at home, thanks to its portability. 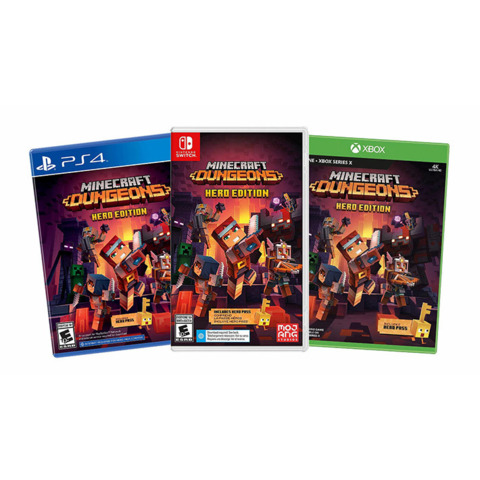 Minecraft Dungeons is a fun, charming action-RPG where players make their way through dungeons and fight hordes of enemies. Players can work together in defeating these waves of monsters as well as finding new paths and looting loads of gear. If you're buying for a Minecraft fan, it's a good supplement to the original experience. It's also a great time to jump in as we're about to see new Minecraft Dungeons DLC released and crossplay added as well. 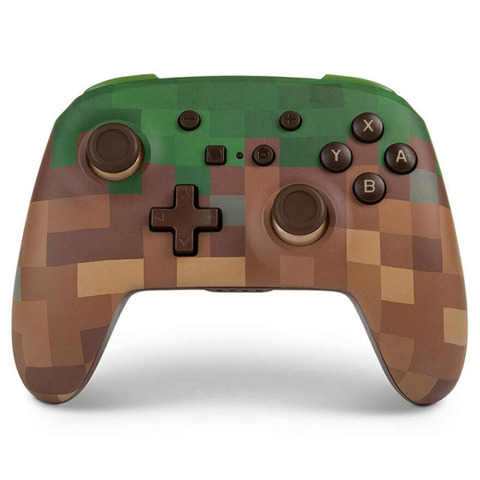 PowerA's Minecraft Grass Block wireless controller is a great option for Nintendo Switch owners. Not only is it cheaper than the Switch Pro Controller; it also features remappable back buttons and motion controls, though it does use AA batteries (which are included) for up to 30 hours of gameplay at a time. It also connects directly to the Switch, which means you don't need to plug in and keep track of a USB dongle. 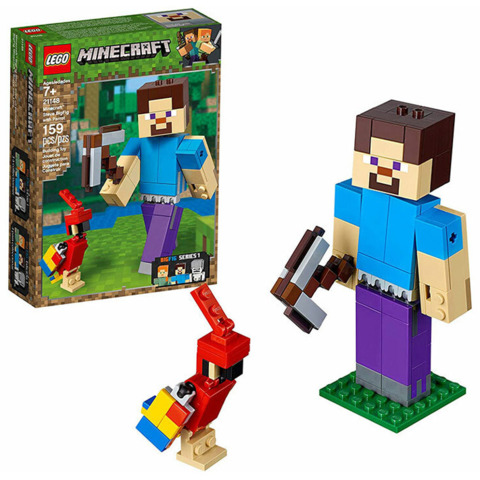 Lego and Minecraft go together like spaghetti and meatballs, and this Steve BigFig is one of the best sets you can buy. It's also an easy build with only 159 pieces. Of course, you can't forget Steve's little parrot buddy, who comes with the set so Steve won't be so lonely. 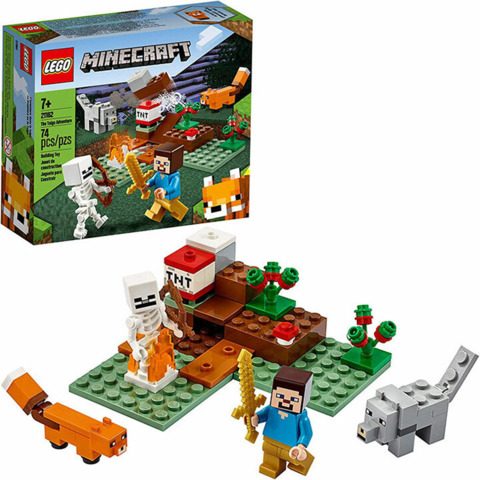 Steve also comes in a smaller size, and if you're looking for a gift that would work as a stocking stuffer, this is the Lego set to go with. At 74 pieces, you get Steve, an enemy skeleton, a fox, a wolf, and a nice little plot of land that has a very nice block of TNT just waiting to help its owner blow up that skeleton. 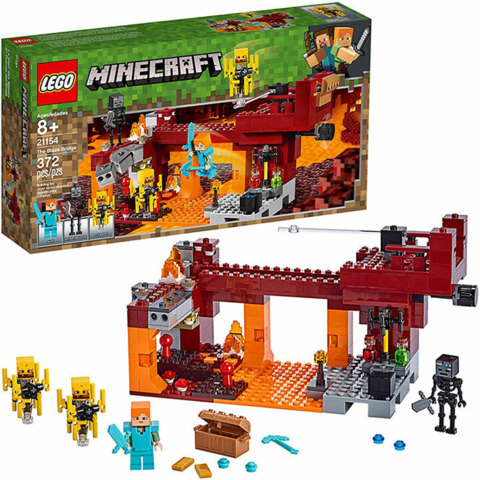 Weighing in at 372 pieces, the Blaze Bridge Lego set is for those looking to put some time into their construction. This set lets its owner build a flame-covered bridge populated by a number of mini-figures, including one equipped with a diamond sword and armor set. 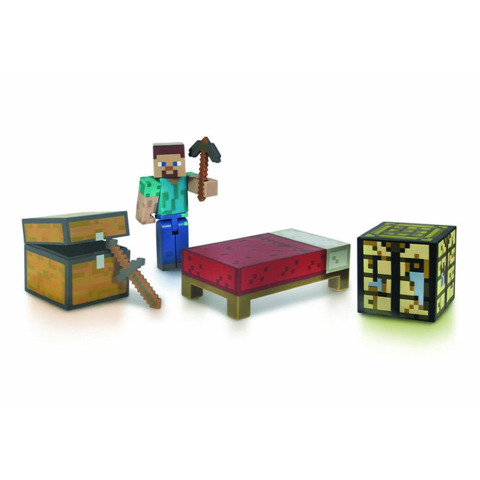 Another great option for a stocking stuffer, this Minecraft survival pack comes with Steve in addition to a bed, chest, weapons, and crafting table. This is perfect for the kid who's not as fond of building with Legos and just wants to get right to playing. 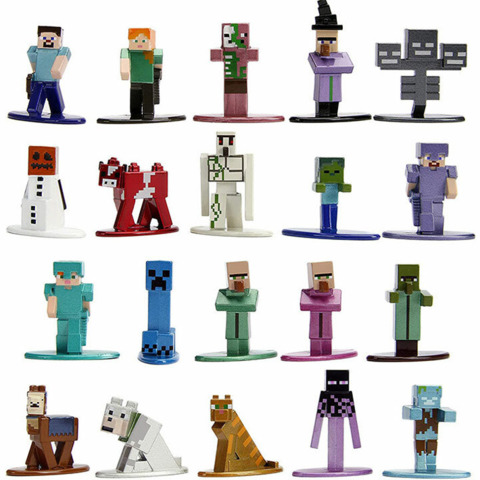 These heavy-duty, die-cast metal figurines are really cool. This pack includes a number of iconic characters and enemies, including Steve and Alex as well as the iconic zombie and Enderman. At $22, that's almost a dollar a figure, making this a great deal and an excellent gift for any Minecraft fan. 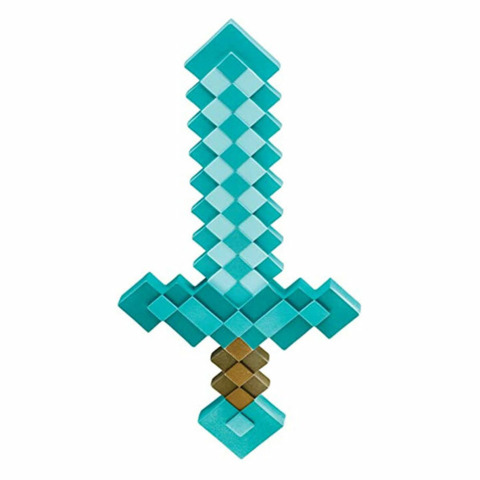 Halloween may be behind us, but it's always fun to dress up and pretend. This officially licensed Minecraft diamond sword is an excellent plastic addition to any fan's inventory and will help complete their blocky costume. 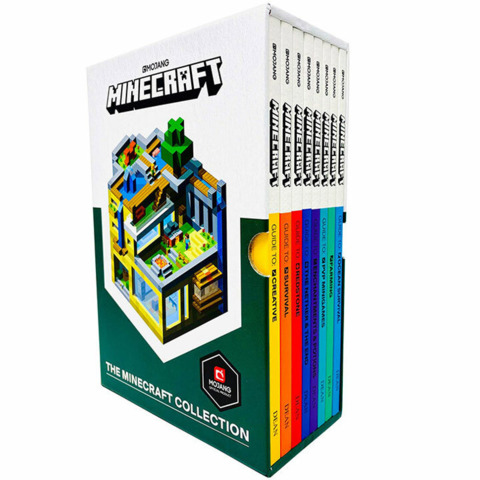 There is a lot to know about Minecraft, and it can be too much to take in at times. That's where the official Minecraft guide collection comes in handy. This box set is made up of eight books that cover almost everything a player needs to know and would make a great gift for someone wanting to improve their creations or make it further into the deep mines. The included books cover ocean survival, farming, PVP minigames, enchantments and potions, Redstone, Survival mode, Creative mode, and--of course--the Nether and the End. 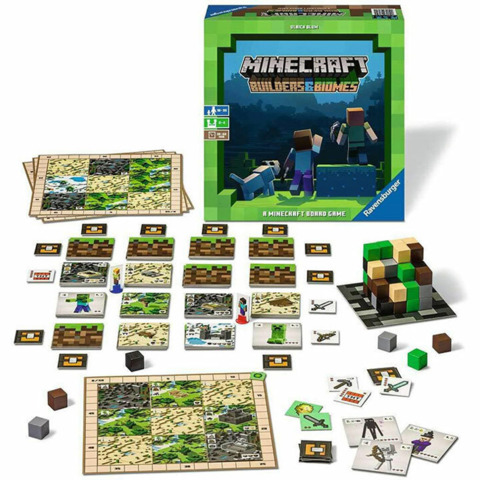 The Builders & Biomes board game is a great way for the family to bond over Minecraft together. Its rules are easy to pick up and learn, so don't worry if you don't know anything about Minecraft. It comes with 64 resource cubes, 64 building and monster cards, 36 weapon tokens, and many more pieces that make each new adventure unique. This allows for new strategies every time you play, adding to the game's fun and replayability. 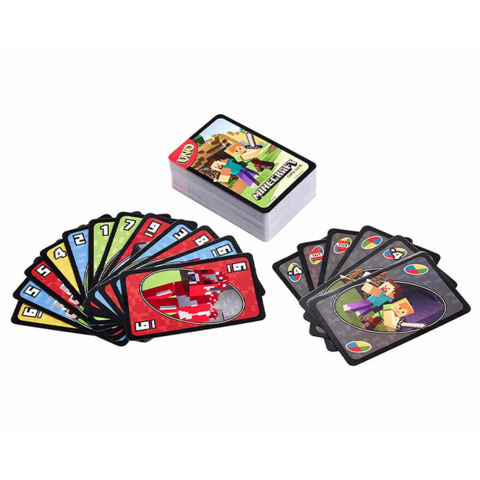 It's hard to beat the classics, and Uno is one of the best out there. This special edition features the exact same rules as classic Uno, but it's adorned with Minecraft characters, enemies, and other game elements fans will recognize. It's also a great way to introduce young fans to the classic card game. 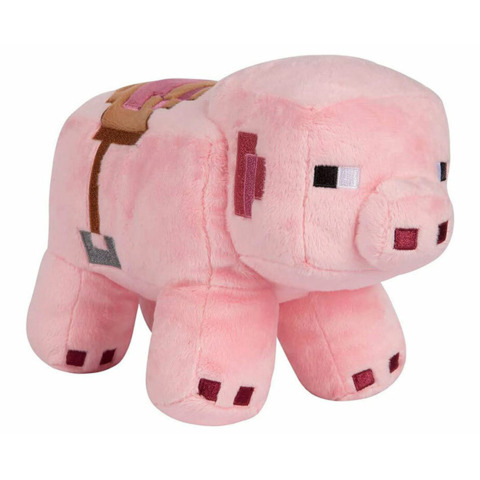 When it comes to Minecraft's creatures, nothing beats the pig. It's pink, cute, and makes a great companion. This particular plush features the animal with a saddle, so it's ready to take your loved one anywhere they go. Standing at 6.5 inches tall, this plush would make a great companion for a young Minecraft fan. 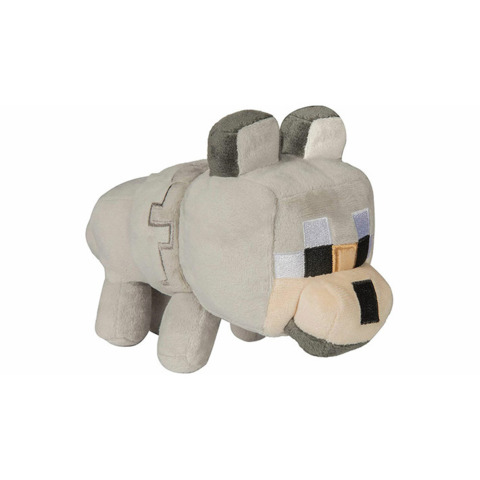 Giving the pig a run for its money, this Minecraft wolf plush is absolutely adorable. It's called the Untamed Wolf plush, but there's no doubt the Minecraft fan in your life will be able to tame this cute beast and make them a part of the family. 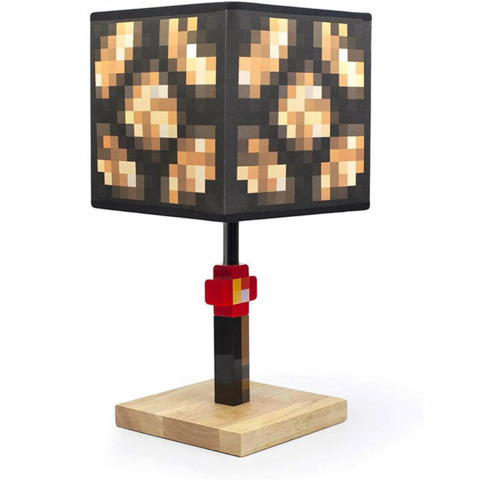 Perhaps one of the coolest gift ideas on this list, the Minecraft Glowstone lamp resembles an in-game lamp and actually lights up. It comes with a sturdy wooden base and stands around 11 inches tall, making it an excellent addition to a nightstand or play area. 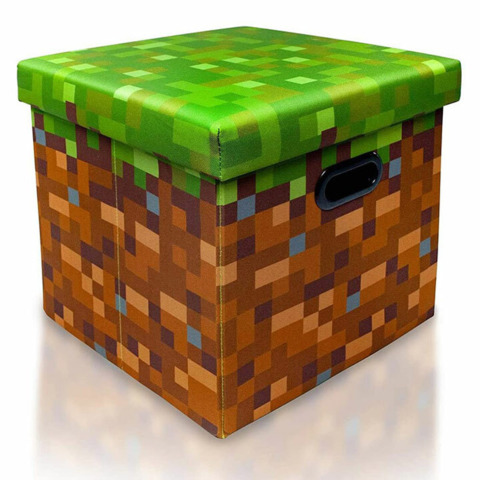 With all the gifts your loved one is likely to get this Christmas, they'll need something to store them in. This 15-inch square storage cube will do the trick wonderfully. Emulating a Minecraft grass block, it'll also look great in a Minecraft fan's room.