Bayonetta 3 is "Progressing Well" Despite Another E3 Absence, Nintendo Says

The game was announced back in 2017 and has been completely absent from Nintendo's presentations in the years that followed.

Bayonetta 3 was announced back in 2017, and with no news on the game--like, at all--since then, one might assume that something is wrong with development or it has stopped entirely. However, Nintendo has assured us this is not the case, though it didn't actually provide any estimate on when we'll see the game for the first time.

During an interview with GameSpot's Tamoor Hussain, Nintendo Treehouse employees Nate Bihldorff and Bill Trinen confirmed Bayonetta 3 is still in the works, with Trinen even going so far as to say the game is "progressing well."

In terms of what that means for us as eager players, it doesn't actually tell us much. "Progressing well" could mean it's in the early stages and the team is hitting its targets, or that it's nearing completion. Given the massive amount of time since it was announced, we're hoping it's the latter.

Platinum Games director Hideki Kamiya, who created the Bayonetta series originally, appears to be trolling fans with his tweets over the last several days. Several of them show Bayonetta Nendoroid figures, and some are in groups of three, though Kamiya himself also said he is frustrated with people jumping to conclusions because of how long it has been without news.

Bayonetta 3 will probably come out eventually for Nintendo Switch. 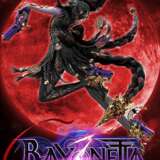