Backers of Failed Yogventures Kickstarter Get Landmark for Free

Get a free Landmark trial even if you weren't one of the backers.

Backers of the failed Kickstarter for Yogventures, a game from the popular YouTube channel Yogscast, have received free copies of Landmark (formerly called EverQuest Next Landmark).

This is in addition to the free codes backers already received for another crafting and survival game shortly after Yogbentures was canceled, TUG, and Yogcast says that they're planning to give backers even more in the coming weeks.

Even if you weren't a Yogventures backer, you can sign up for seven days of free access to the Landmark beta through the Yogcast page on the game's website. If you'd like to keep playing once the free trial is over, you can still buy your way into the closed beta with one of Landmark's Founder's Packs.

Yogventures was canceled due to lack of funds last month after raising $567,665 from 13,647 backers. Although the Kickstarter campaign made more than double its goal, developer Winterkewl Games did not have enough money to keep the project alive. We later learned that the game's production was mismanaged in several critical ways, including paying one artist $35,000 for only two weeks of work.

Winterkewl was shut down following the cancellation. What assets it did create during development were given to TUG developer Nerd Kingdom. TUG, if you want to try it, is currently available through Steam Early Access. 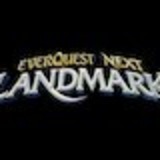