Another Pokemon Mobile Game Announced, Out Now In Some Regions

From nowhere, The Pokemon Company has announced and released a new mobile game. Named Pokemon Rumble Rush, the free-to-play title is available now in Australia and is "coming soon" to the rest of the world.

Rumble Rush is a mobile entry into the brawler-focused Pokemon Rumble series. It was previously announced in 2017 under a different name--Pokeland--before disappearing into the abyss. The Pokemon Company has now re-revealed it and launched it simultaneously.

It appears Rumble Rush will include live updates, with the game's official Play Store description stating, "The islands and seas explored during your adventures change every two weeks." The mobile game is available to download now on Android in Australia; a worldwide release and an iOS version are listed as "coming soon" on the game's official website.

Rumble Rush is developed by Ambrella, the same studio behind the four previous titles in the Rumble series. This means Rumble Rush is not the same Pokemon mobile game teased by DeNA just recently.

Pokemon Sword and Shield for Nintendo Switch are also due to launch in the next few months; no release date has been announced, but they're scheduled to be released in 2019. We might learn more during Nintendo's E3 2019 Direct presentation, which kicks off on June 11 at 9 AM PT / 12 PM ET / 5 PM BST (2 AM AET on June 12). 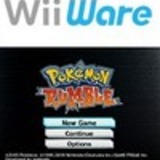