The release of the Nintendo Switch remake has been postponed indefinitely.

Advance Wars 1+2 Re-Boot Camp, which had been scheduled to launch on Nintendo Switch in early April, has been delayed. Nintendo announced the news in a brief tweet this morning, attributing the move to "recent world events," no doubt in reference to Russia's ongoing invasion of Ukraine.

A new release date for the game was not announced, with Nintendo only saying to "stay tuned for updates." It's possible that it could be pushed back for the foreseeable future, given the war-based nature of the game; the first one specifically centers around the invasion of a neighboring country. Re-Boot Camp had previously been scheduled to launch last December, only to then be delayed until April 8.

Re-Boot Camp is a remake of the first two Advance Wars games for GBA. It features the campaigns from both along with a Versus mode for playing against the AI or online.

Ukraine has called on various video game companies, including Nintendo, to cease support for Russia in light of the country's invasion. We've already seen EA stop selling games in Russia and remove Russian teams from its FIFA and NHL games, while Microsoft as a whole has ceased all "new sales" in the region. CD Projekt has also ceased sales in Russia. Numerous companies have also pledged financial support for Ukrainian relief efforts, and those who are able can donate too. 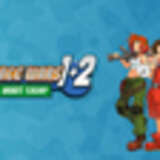