WE FINALLY Understand What Kind Of Game Marvel's Avengers Is

One of the most confusing aspects around the new Marvel’s Avengers game is exactly what kinda game is it, and after spending time with its beta we finally have an answer.

If you happen to think that Marvel's Avengers seems an awful lot like Destiny, you'd be right! The upcoming superhero game possesses several similarities to a loot shooter in how its gameplay loop works.

In the video above, Jean-Luc Seipke details Marvel's Avengers overall gameplay loop, based on what we experienced in the game's beta. This includes the game's Reassemble campaign, co-op missions, power levelling, and character progression. There's a lot to do in Marvel's Avengers.

You'll access most of the features and missions in Marvel's Avengers via the game's hub, a helicarrier known as the Chimera. From here, you can access the War Table, which lists all of your available single-player campaign missions as well as the War Zone, Drop Zone, and HARM missions that you can tackle either on your own or in a group of up to four players.

On the Chimera, you'll also be able to access each playable character's skill tree and gear loadout, allowing you to customize your heroes. Each character has their own battle pass-like challenge card too, along with an assortment of daily and weekly challenges that you can check on while aboard the Chimera. 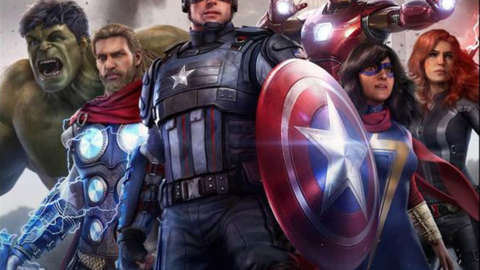 A catastrophic accident results in the death of Captain America and, with public opinion against them, the Earth's Mightiest Heroes disband. Years later, the planet is under threat and, to save mankind, the Avengers must assemble once again.