The future of games will be revealed next week at E3, but if you’re all about the present, there are always a bunch of new games on Steam every week. This week we highlight a handful of charming and colourful action-adventures, and one that’s really dark and bloody.

Moonlighter is the latest game that explores what it’s like to be an RPG shopkeeper. In this 2D Zelda-inspired world, you’ll explore and fight your way through randomly generated dungeons in search of monster parts and loot to on-sell to budding adventurers. Your challenges lie in seeing how far you can push yourself when exploring before your die and lose all your loot, and attempting to find that sweet spot when it comes to pricing goods to make sure your wares are attractive and profitable.

The combination of Metroid and pinball is an unlikely marriage, but Yoku’s Island Express shows that it works, and it works really, really well. You play as a beetle rolling around a round object that doubles as a pinball, and as you explore the game’s beautiful island—which also happens to littered with pinball flippers—you’ll find yourself seamlessly falling into pinball puzzles that bring all the joy pinball but without any of the stress. It’s pretty, charming, and just a bunch of fun.

A heartwarming game about a girl and her shapeshifting rock buddy, Golem is a puzzle-platformer that lets you make the most of your partner’s special abilities. You’ll help it evolve into unique forms and solve environmental puzzles as you climb a mysterious, ancient tower. Will you form an unbreakable bond with your stone friend along the way? All signs point to yes, probably.

From the makers of teen narrative drama Life is Strange, comes an action RPG about vampires in London during the influenza pandemic in 1918. Vampyr is as much about interpersonal relationships as it is about fighting monsters and drinking their sweet, sweet blood. You take on the role of Dr. Jonathan Reid, a new vampire who’ll have a tough time trying to decide who to aid and who to eat as he comes to terms with his new existence.

What new PC games have you been playing this week? Let us know on Twitter: @EdmondTran + @JessMcDonell 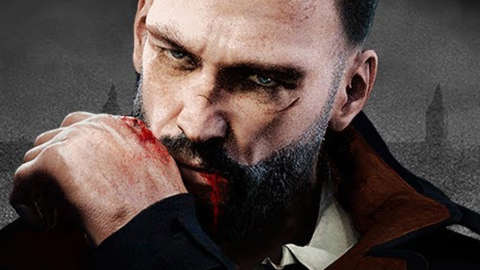 Dontnod's upcoming RPG, Vampyr, sees you take on the role of a military surgeon turned vampire in Britain.