Top New Games Out On Nintendo Switch, PS4, Xbox One, And PC This Week -- September 30 - October 6

Normally when we kick off a new month, New Releases runs down the biggest games for the whole duration. Thing is, October is so jam-packed with games that we just have to take things week by week. This week alone has big exclusives like Forza Horizon 4, Fist of the North Star: Lost Paradise, and Super Mario Party. It's also home to new entries in blockbuster franchises with Mega Man 11 and Assassin's Creed Odyssey. Let's get to it!

Available on: Xbox One, PC

This time around, Forza Horizon 4 is headed to the UK. The shared-world driving game features over 450 cars, but that's par for the course for the series. What's new this time is changing seasons: fall, winter, spring, and summer all drastically change how you move around the world. For example, you can drive right across a frozen lake--but only during winter.

Based on the manga series of the same name, this beat 'em up is finally getting a worldwide release. If the combat reminds you of the Yakuza games, it's for good reason: this is from the same studio. The worldwide release also brings a new gore slider with it, letting you increase the blood spurts from protagonist Kenshiro's many punches.

It might look modern, but Mega Man 11 is designed to play just like its NES and SNES cousins. That said, it's mixing things up with a new Gear System, letting you slow down time or increase the power of your Mega Buster. You'll need to make good use of both if you hope to take down an all-new squad of Robot Masters.

Assassin's Creed games have featured multiple heroes before, but this particular entry lets you play through the entire adventure as either Alexios or Kassandra. Both heroes can romance and steal from NPCs, and you'll have lots of options for responding to characters and carrying out quests. Naval combat is back too, for fans of high-seas swashbuckling.

Super Mario Party is the first entry on Switch, and it's utilizing a lot more than just motion controls and HD Rumble. You can use multiple Switches to play certain mini-games and even rearrange the board. Speaking of which, Super Mario Party also returns to the format of freely moving around the board as you compete for the most stars.

All of this is happening in just the first week of October. Next time, we'll take a look at some more big sequels like WWE 2K19 and Call of Duty: Black Ops 4, plus re-releases like Luigi's Mansion and The World Ends With You: Final Remix. 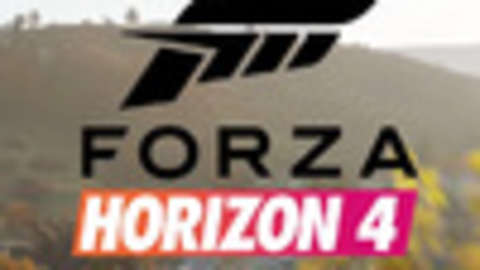 For the first time in the racing and driving genre, experience dynamic seasons in a shared open-world.