With Battlefield 6 around the corner, we take a look back at how destruction has evolved in the Battlefield franchise.

In a world where first person shooters are a dime a dozen, anyone who has played the original Battlefield games or grew up with later entries such as Battlefield 4 can tell you their favorite moments when interacting with the game’s use of destruction. What’s up all, I’m David, and destruction in Battlefield has to be one of my absolute favorite aspects of the franchise! From its first entry in Battlefield 1943 to the unreleased Battlefield 6, if there is one thing that the franchise will guarantee, it’s environmental destruction over the course of a match. Let’s take a look at how the series uses destruction and “levolution” and just what makes it so special. We’ll also take a quick moment to speculate on the rumors of what destruction in Battlefield 6 could look like. Now if you’re excited for Battlefield 6 make sure to like this video so we’ll know to prioritize coverage of the game. Be sure to hop in the comments too after the video and if you really want to help us out, hit that bell button! Let’s get started.

Before Battlefield went onto the frostbite engine, destruction in the game mainly involved very minor, specific parts of the level. Bridges are a common example, and in games like Battlefield 2, bridges could be destroyed with explosives. This basic form of destruction quickly evolved as Battlefield transitioned to the Frostbite engine which gave the game a lot more firepower (pun intended) in creating a dynamic world that would rock your screen with explosions and shockwaves, adding a level of immersion that went beyond just what you saw on screen, but instead threw you into the middle of what was basically a massive, interactive sandbox.

With Battlefield: Bad Company 2, we also got a more complex system of destruction. Entire objects would no longer disappear at once, instead, buildings, trees, and roadways would crumble over the course of a match. If you nailed one side of a house, it wouldn’t just go full-on kaput but with enough of the walls being blown out, the roof would eventually collapse creating a big pile of rubble that could kill any enemies still inside. Battlefield 3 built on this with the introduction of micro-destruction, so you didn’t need grenade launchers and rockets to break walls, your standard assault rifles would chip away at smaller barricades, walls, and furniture. There was a tradeoff with this however. Sure more things would be visually destroyed but it wasn’t as significant and the scale was much smaller leaving less of the environment to actually be destructible. Battlefield 3 essentially traded away larger destruction for better overall looks. The solution to this in my opinion ended up being the next logical step of destruction: gradual changes to the map that takes effect over the course of an entire match, which is where Battlefield went on to invent the “Levolution”.

So first things first let’s talk about the difference between Destruction and Levolution. Destruction was prevalent in the Battlefield games listed so far and it’s basically part of the game's identity. But Levolution refers very specifically to large-scale destruction events in Battlefield 4, which to me is honestly the holy grail and perfect balance of destruction. The concept on paper is simple: each multiplayer round in Battlefield 4, has a sort of timeline attached to the map, so by the time you are in the latter half of the round, chances are a major set piece, or sometimes huge portions of the map looks nothing like it did when you first started! And we’re not talking just small roadways or bridges being removed - I mean 60 story skyscrapers that had an objective on the roof spectacularly into a colossal pile of rubble. As these specific areas take damage or have certain parameters met, sometimes dramatic consequences resulted.

Hardline also had some levolution set pieces though not as intense as Battlefield 4. Still, you could knock a giant crane into a building to create a new path between objectives, or even have a bank vault come crashing through the roof during a heist. Hardline did an excellent job of keeping the environment around you versatile, and somewhat unpredictable, at least in the early stages before you really got acclimated with its gameplay.

Unfortunately, Levolution didn’t stick around: instead Battlefield 1 introduced massive Behemoths that would wreak absolute havoc. They were granted to the losing side in matches as a way to even the odds, but were criticised for tipping the balance a little too favorably in either direction. There were technically some map-specific destroyable sections in Battlefield 1 but this was nowhere close to the scale of Levolution. Battlefield V would actually go on to completely ditch both the Behemoths and Levolution in favor of a tool box which kind of reduced the impact of destruction. In Battlefield V, anyone could create cover at fixed locations, and support classes could incorporate extra variety or build routes between areas. This new mechanic was enough to alter the flow of certain maps but again, it just didn’t have the same degree of grandness and spectacle that the iconic Levolutions had and often battles focused on the same pre-set fortification spots over and over again.

This brings us to Battlefield 6! Rumor has it that massive destruction will be making a return which is great for several reasons. We’re in the midst of a new console generation so the brutal framerate dips on my old Xbox during destruction should be a thing of the past. With both the Series X and the PS5 equipped with better specs, those lucky enough to own a next-gen console or a high-end PC are hoping to reap the benefits of greater destruction. Levolution could be a great way to create a climactic moment in any given round - a visual turning point showing that the home stretch is in sight. I’m sure there are those who didn’t care for or felt that Levolution’s in particular could grow stale after a while, but Battlefield 6 could have a solution in taking the dynamism up another notch through a revamped weather system.

The rumor is that the weather system will incorporate natural disasters in the form of massive storms. We’ve gotten slight glimpses of extreme weather in Battlefield 4, with huge rain storms causing choppier surf leading to less accurate naval combat and tougher visibility but Battlefield 6 might even go so far as to include weather ranging from storms, all the way to straight-up tornados. If or when these rumors are confirmed in Battlefield 6’s reveal, we can get a gauge into the scope of how dramatic extreme weather could get. As far as I’m concerned, that sounds hype as all absolute f**k! Just picture you’re with your squad in a vehicle, the map has already been demolished in several areas and all of a sudden a fricken tornado is raising hell, demolishing buildings in its path. It’s certainly a lot to be excited about, and although there’s no official word yet if Battlefield 6 will come out on last-gen consoles, my hope is it stays next-gen exclusive so there's more effort on pumping out as much destruction as possible.

We’ll have a better idea of what will actually be possible in Battlefield 6 in the coming days and we’ll be sure to share our thoughts and impressions of everything we see. What did you prefer, the organic destruction of Bad Company, levolution from Battlefield 4, or even behemoths. Be sure to sound off into the comments and tell us what kind of destruction you’d like to see in Battlefield 6! Thanks for watching! 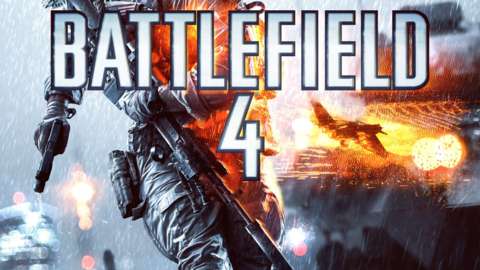 Battlefield 4 is a first-person shooter which features a character-driven campaign that starts with the evacuation of American VIPs from Shanghai and follows your squad's struggle to find its way home.