Take a look at some of the people who are helping to bring Samurai Jack's enemies to life in this exclusive behind the scenes video with three of the game's voice actors.

The trailer also showcases that Battle Through Time will occasionally change perspectives--while both Hag Witch and Demongo are fought in open 3D spaces, the fight against Josephine Clench takes place on a train and occurs within a 2D plane.

A beloved cartoon, Samurai Jack tells the story of the titular Jack, a samurai prince trying to save the world from Aku, a demon. Aku stops Jack by sending him far into the future to a time when Aku has already largely succeeded in taking over the world. Jack resolves to protect the inhabitants of the future until he can find a way to return to the past and end Aku before the demon can rise to power.

Samurai Jack: Battle Through Time will be released digitally for Xbox One, PS4, Nintendo Switch, and PC on August 21. Limited Run Games is selling a limited-time physical version for PS4 and Switch that will be available for pre-order on Friday, August 14 at 7 AM PT / 10 AM ET. 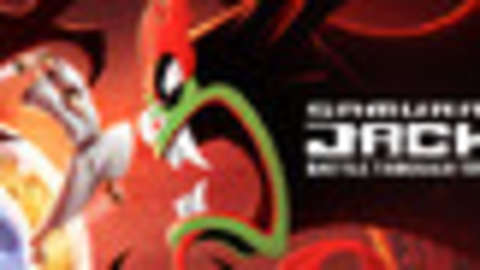