Sniper Elite 5 - Everything to Know

Sony may have flown too close to the sun with the PS3, but its fall from grace is what led to the PS4’s success.

The PlayStation 3 stumbled out of the gate back in 2006, nearly costing Sony the console war. But through hard lessons learned, paved the way for the PS4’s overwhelming success. So where did Sony go wrong with the PS3, and how exactly did it right its course?

Join Kurt Indovina for this episode of Remember When as he looks back on the PS3’s rocky launch, its infamous cell technology, and how Sony managed to climb its way back up the food chain. Kurt also invites CNET editor Jeff Bakalar to give some extra insight, and fill some gaps on the PS3’s troublesome launch. 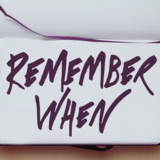