Few fictional weapons are as iconic and influential as the Pulse Rifle. First seen in James Cameron’s 1986 sci-fi blockbuster, Aliens, the M41A has undeniably become a cornerstone of pop culture. Its sleek futuristic design has influenced everything from the armoury of Halo to the prototype weaponry of the US military, and the rifle has appeared in a range of video games including Alien Versus Predator and Aliens: Colonial Marines. But how was this sci-fi icon created? Watch and find out. 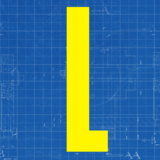 Dave Jewitt takes a closer look at the iconic weapons and tools that have shared the spotlight as part of our favourite games and movies.

The Real History Behind The Witcher’s Silver Sword - Loadout

How Games Get Miniguns Wrong - Loadout