Thief may have made a return, but it's not one to form. Johnny sneaks in to see what you've been saying about the Square Enix stealth 'em up. 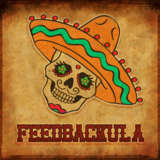 Thief is a reinvention of a classic franchise that has players take on the role of Garrett, THE master thief. When the city that created and defines him is threatened, Garrett must step from the shadows and uncover the truth before his world is torn apart forever.