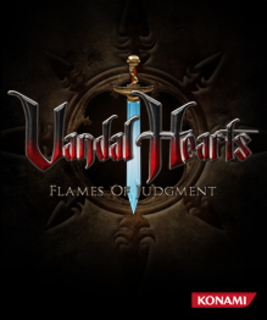 Fun and easy game, but not worthy of the name "Vandal Hearts".

User Rating: 6.5 | Vandal Hearts: Flames of Judgment X360
By Ovaskilled | Review Date: January 10, 2012
When I first started playing Vandal Hearts:FoJ the first thing I thought was "Finally, another Vandal Hearts game!", but after the first hour or so of playing, I realised it was a really streamlined turn based strategy, with nearly no customisation of skills, and really easy fights.
There's almost no reason to go back and fight in a place you have already been too, because the fights are so easy that there's no need to become stronger, and theres no real emotion that's been put into the story line.
This game is a decent game, but it should be a stand alone turn based game considering it has nearly nothing to do with any of the previous games.

The plot of the story revolves around a young boy names Tobias, who gets caught up in a civil war, and has to defend his homeland from its own army, if your thinking "Been there, done that" then your probably right, this game has nothing that will make you fall in love with it, but it is a good choice if your craving an old school turn based game, which there aren't a lot of these days.
Load Comments (0)