Zoo Tycoon is a mostly enjoyable strategy game that's suitable for all ages, and it's a game that parents can play with their children.

If you've been to a computer game store recently, you may have noticed a trend: There are a surprising number of new PC games with the word "tycoon" in their titles. Then again, one of the most consistently successful PC games in the last two years has been the strategy management game RollerCoaster Tycoon--which might explain all the other "tycoon" games. The latest of these is Microsoft's Zoo Tycoon, which lets you build a zoo full of animal exhibits, then invite lots of paying guests who'll visit, buy snacks and drinks, and generally support the zoo as a business. And while it may not be the next RollerCoaster Tycoon, Zoo Tycoon is a mostly enjoyable strategy game that's suitable for all ages, and it's a game that parents can play with their children.

Zoo Tycoon's basic premise is simple: You start with what's more or less an empty lot, then build several exhibits to house animals. The game features about 40 different animals out of the box, and Microsoft will make more available for download on its Web site in the future. The best way to make these exhibits is to customize them around the preferences of each animal, so that each will be as happy as possible. For instance, lions prefer savanna terrain, so your best bet for a lion exhibit is a savanna prairie filled with high grass.

The game features handy hints and status menus that let you determine exactly what will make your animals happy. When you've built your exhibits, you can start bringing in guests who pay admission fees and generally prefer watching happy, healthy, well-fed animals. You also build snack and drink stands for your guests and hire staff members who tend to the animals, act as tour guides, or maintain the grounds. And you can spend extra cash on research, which will eventually let you purchase new items for your exhibits, improve your staff's abilities, make new animals available for adoption, and buy more advanced buildings and structures, such as the reptile house or petting zoo.

Accomplishing these goals in Zoo Tycoon is relatively easy to do overall, despite the game's few but sometimes irritating visual flaws. The game lets you build a small or large exhibit with different terrain types and fence it in quickly and easily. Unfortunately, you can sometimes make small mistakes, since the game doesn't let you get a very close look at your zoo--Zoo Tycoon only features two "zoom" perspectives, a far-out view and a really far-out view. You might have similar problems when you're building an exhibit for an animal that likes lots of foliage, since large trees can obscure your view of the exhibit, despite the fact that the game also lets you rotate your view. You'll want to place heavy foliage along the edges of your exhibit rather than right in the middle, so that both you and your zoo's guests can see clearly into your exhibit, but unfortunately, doing this for animals that can climb (like chimpanzees and apes) may let them escape. What's more, your animals will eventually trample the terrain in their exhibits, which decreases their overall happiness. You can fix this by replacing the terrain, but actually finding it in the game's far-out view, especially through trees, can sometimes be more difficult than it should be.

These visual flaws aside, Zoo Tycoon doesn't look or sound especially impressive overall, though both its graphics and sound are consistent and effective. Zoo Tycoon doesn't look like a high-tech graphical marvel, but it's not supposed to, especially considering its low system requirements. The game's zoomed-out perspectives don't let you take a close look at your guests, your animals, or your structures, so your zoo's guests are usually pretty tiny, and your animals won't be much larger. Though the game also lets you purchase some interesting advanced structures, like a tea garden or a "wacky" animal playhouse, Zoo Tycoon's zoomed-out perspective won't let you get a good look at what goes on in any of these structures, You'll still get a good idea of what each one does, though, and you'll come to appreciate the difference that each one makes as you continue to expand your zoo. The game features sparse sound effects, like animal noises and the sounds of milling crowds, as well as very sparse music. None of the game's sound is particularly remarkable, but all of it is certainly appropriate.

Otherwise, Zoo Tycoon is a deliberately paced building and management simulator that's rather straightforward and not terribly demanding, at least once you've got your zoo going. The game uses zoomed-out perspectives and offers large open lots to develop because you're generally supposed to build large zoos, and managing these zoos isn't difficult. Though it would've been better to have more hotkey shortcuts in the game, you can use the game's point-and-click icon-based interface to monitor your zoo well enough. In fact, you can check the status of every individual guest, employee, and animal in the zoo, but you generally won't need to, as long as you provide enough concessions stands and restrooms for your guests, enough maintenance workers to service your zoo, and enough active zookeepers for your animals.

The game itself is extremely open-ended. For instance, Zoo Tycoon features a number of regular scenarios of increasing difficulty. Playing through the easier levels unlocks more challenging levels that put you on a tighter budget and a shorter schedule--you might have less time or less money to complete certain objectives. But the game also features a "freeform" building mode that lets you choose from one of 28 empty lots and build the sort of zoo you want with as little or as much starting money as you want. Unfortunately, if you're expecting a lot of activity--or interactivity--from your zoo, you may be disappointed.

Once your exhibits are up and running, there's not much to do other than make sure your animals remain healthy and well-fed and that their exhibits remain in good shape. But managing your zoo with Zoo Tycoon's easy-to-use interface and keeping everyone happy--your animals, your guests, and all your employees--can be satisfying, especially if you have a gigantic zoo with lots of exhibits and huge crowds of visitors. And the game's freeform scenarios are perfect for parents and children who want to spend a quiet afternoon together, building their own zoo from scratch, or even for someone who's looking for something that's more slow-paced and leisurely than another frantic shooter or real-time strategy game.

It's true that Zoo Tycoon doesn't offer the same kind of enjoyment that RollerCoaster Tycoon does--rather than building exciting and fantastic roller coasters to entertain your guests, you build relatively static exhibits of animals that you must feed and maintain. However, caring for a zoo full of your own miniature animals has its own charm, and despite its visual flaws and less-than-spectacular sound, Zoo Tycoon conveys this charm well. 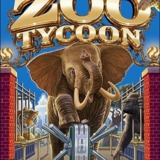 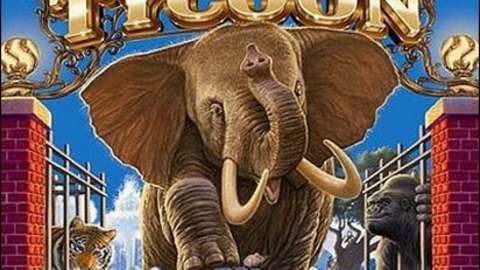 Zoo Tycoon is a mostly enjoyable strategy game that's suitable for all ages, and it's a game that parents can play with their children.