Zill O'll is Koei's Final Fantasy. If you think of Koei's stature in relation to Square, you might have a general idea of its quality. While it has polygonal characters, full-polygon battles, rendered backdrops and FMV, it's all been taken down a good notch from the quality we'd hope for and perhaps what we should expect.

While the main character may look like Velvet Goldmine's Brian Slade, don't expect a glam RPG - in fact, very little original content is brought to the table by Koei's Team-Infinite. It's plain old medieval violence, and while the presence of guilds in the towns and class-based equipment (and its decided lack of stylistic flourishes) might give this game an almost American feel - there's really nothing here to interest anyone. Sure, if you're one of the three people who ravenously devours every new import RPG release, you might get something out of this, but, otherwise, you won't be missing anything.

The graphics are quite mediocre; Granstream Saga's no-face disease seems to be spreading sideways through the realms of unreality - this dastardly plague has also infected the inhabitants of Zill O'll. The rendered backgrounds have a tendency to be muddy and washed out. The battles ape the FF style, although they lack any sort of detail. While your opponents are visible in dungeons (of the two-to-three screen variety) they move fairly lethargically and are easily avoided, although it's kind of neat to smack David the Gnome around when you're in the mood. What the game does offer, via its initial character creation, are two quests. Which quest you get is dependent upon your character's gender.

The big problem with Zill O'll is that there isn't one. There's just not much to say, good or bad, about such a decidedly mediocre game. The developer aimed to make an RPG and that's what it did. In terms of that, the game is a success. Otherwise, it's kind of hard to figure out on what level one is supposed to relate to it. Because the Japanese load is so huge and the payoff in terms of eye candy so slight, it's a long shot that anyone but the most staunch Koei fans would be interested in importing this. This game bears no resemblance on any level to the company's Romance of the Three Kingdoms type stuff - it's straight swords and sorcery. It probably wouldn't, therefore, interest anyone.

With the number of excellent RPGs coming out by US publishers, there is just no reason for this game to enter anyone's consciousness for more than a few minutes. Gamers should instead occupy their minds with the wonders of Final Fantasy VIII, Thousand Arms, Grandia, Final Fantasy Anthology, or Suikoden II. Unless you have played through all those and you read Japanese with great alacrity, there just isn't any reason why you should even consider touching Zill O'll. While it's not bad, it's not really good either, and there's just no room for it on this side of the ocean. If Koei does decide to release it in the US, it might be worth a glance - provided there's no real competition when it hits the shelves. 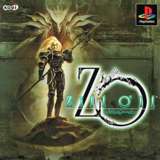 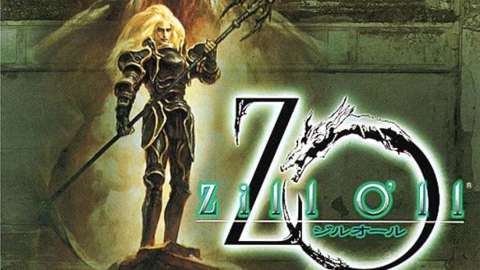